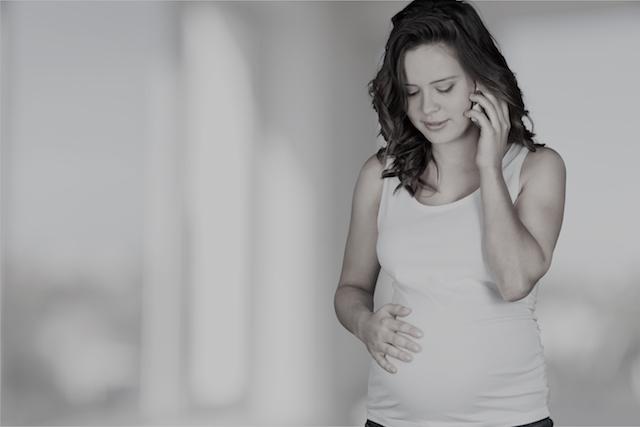 Causes Of Spotting/Bleeding During Pregnancy:

Spotting can be a warning sign of a number of different problems, and when in any doubt, consult a health practitioner. The cause of vaginal spotting or bleeding in between normal menstrual periods can only be diagnosed with a complete history and physical exam.

Vaginal bleeding during the first 20 weeks without any other signs of problems, without passing tissue or cramps is also known as a “threatened abortion” or a "threatened miscarriage". However, most women with early spotting or bleeding and a threatened abortion will go on and have a healthy baby. “Threatened abortion” means that it is possible that the early bleeding could be an early indication of a miscarriage. An actual miscarriage is more likely if there is bright red vaginal bleeding, usually heavier than a period, together with cramping and passing of any tissue from your vagina.  But there is also an increased risk of a miscarriage, loss of pregnancy, or a premature delivery.

Whenever a pregnant woman experiences bleeding in early or even late in pregnancy, the first step is to make sure that the fetal heartbeat is present, that the pregnancy is viable. In the presence of a viable pregnancy with a detected fetal heartbeat, the following are some reasons for a threatened abortion:

The cause of a miscarriage in the first trimester is often poorly understood.

Before the 7th week, especially shortly after you miss your period, a normally rising hCG (pregnancy hormone) titer is a reassuring sign that the pregnancy is progressing normally. You can check our hCG tool to verify that your hCG titer is rising normally. Many women who bleed are concerned about the possibility of miscarriage and are reassured by a normal test.

The fetus' heartbeat can usually be seen after the 6th-7th week of pregnancy, so seeing the fetal heartbeat on ultrasound after the 7th week is very reassuring, but it's no guarantee that it’s not a miscarriage and that you are not in the process of having a miscarriage. Even if you see the fetal heartbeat, a miscarriage may sometimes develop over several days and become evident only a few days later. If it makes you feel more comfortable to see the fetus' heartbeat then let your doctor know and ask to make arrangements for a sonogram.

Many doctors suggest that patients with a threatened miscarriage or bleeding stay in bed. Staying in bed may decrease the bleeding but no study has shown that this, in fact, prevents a miscarriage. Unfortunately, at the present time, there is no definite treatment for this kind of bleeding in the early stages of pregnancy. The cause of a miscarriage in the first trimester is often poorly understood. It usually indicates a faulty pregnancy, usually an abnormal implantation or an abnormal fetus. In either case, there is no treatment.