Breast Lump During Pregnancy? Get It Examined! 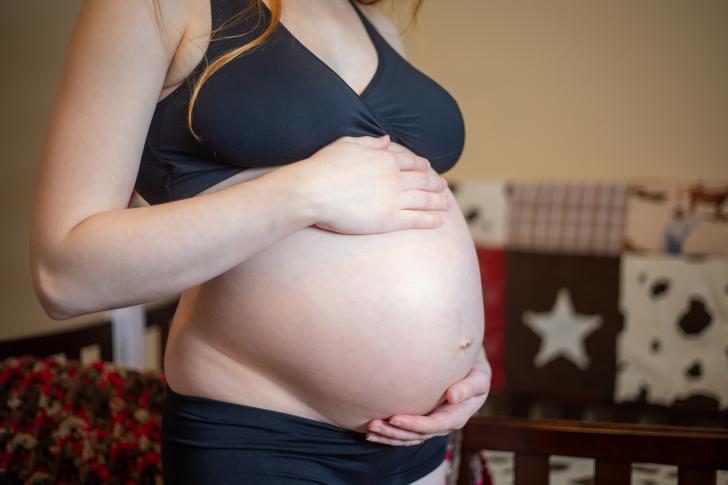 Although most breast changes in pregnancy are benign and not cancerous, a lump always requires additional investigation. Until more tests are done, you won't know exactly what that lump is.

Unfortunately, because doctors and patients often believe a lump found when you're expecting is pregnancy-related, a diagnosis of breast cancer could be seriously delayed.

Breast cancer is the most common cancer during pregnancy and postpartum. It occurs in about one in 3,000 pregnancies, and one or two of every 50 breast cancers are diagnosed during or shortly after pregnancy.

Delayed diagnosis of breast cancer during pregnancy and lactation is common because of the natural tendency of the breasts to become engorged during these times. The average delay is a year, and by the time the diagnosis is made, many breast cancers in pregnant or lactating women are at a later stage of cancer than those diagnosed in nonpregnant women.

So a lump found during pregnancy needs no less attention than a lump found when a woman isn't pregnant. Let your doctor know right away if you feel a lump in your breast. Don't assume it's a normal change of pregnancy, and don't let your provider tell you it's normal without further checking.

Your doctor should confirm the lump's size and position, its softness or hardness and whether or not it moves. A breast lump could be either a fluid-filled cyst or a solid mass. If it's movable and feels unattached to the chest wall, it may be a cyst or a benign tumor called a fibroadenoma.

What is a suspicious breast lump?

Every breast lump is suspicious, even in pregnancy or when breastfeeding. Whether or not the lump feels painful, it may be cancerous if:

A doctor can sometimes, but not always, distinguish whether a lump is a cyst or solid simply by doing a manual exam. An ultrasound is often the next step in pregnancy because it's pretty good at distinguishing between a benign cyst and a solid tumor. Sometimes a needle biopsy is done at this point to see if there's fluid inside the lump, which would probably mean it's a cyst.

If the ultrasound doesn't show exactly what's going on, the next step would be to do a mammogram. Because mammography involves the use of X-ray, many pregnant women may be worried that there is a potential harm to the fetus. You need not worry. Mammography poses little or no risk of X-ray exposure to the fetus if your body is properly shielded from the radiation. Be sure to tell the X-ray technician that you're pregnant.

Because of the changed condition of the breasts, up to 25 percent of all mammograms taken during pregnancy have false-negative results, meaning they don't show cancer even though it's there. That means that you can't rely solely on a negative mammogram and that during pregnancy many lumps require a biopsy or removal for proper diagnosis. Both types of biopsies -- doctors take a sample using a special needle or by cutting out a bit of tissue under local anesthetic -- are perfectly safe for the fetus.

If you do find that you have breast cancer and you're pregnant, the good news is that it's very unlikely to have any damaging effect on the fetus, and there has never been a reported case of maternal-fetal transfer of breast cancer cells. Treatment options depend on the stage of cancer and when in pregnancy it's diagnosed. Treatment in the second and third trimester is similar to what it would be outside of pregnancy and usually includes surgery and chemotherapy if necessary.