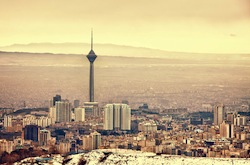 Colds in pregnancy are not a reason to stay in bed while others are enjoying life. Chicken soup, also known as Jewish Penicillin, has been used for centuries to stop the symptoms of cold in pregnancy in their tracks and decrease the time needed to heal from the common cold. Pregnant women can feel safe using chicken soup and Jewish Penicillin recipes throughout pregnancy.

Jews in Teheran and Iran were not directly affected by persecution associated with World War II. The country did, however, face various anti-Jewish media presentations and sentiments during the time of the Holocaust. The founding of Israel in 1948 changed the face of Jewish Iran. Before Israel was founded, there were approximately 100,000 Jews in Iran. After the massive emigration and effects of the Shah in later years, the Jewish population in Iran is now though to hover between 11,000 and 40,000.