Track your fertility to get pregnant faster!
Pregnancy » Ultrasound

Abdominal ultrasound scanning is usually performed with a full maternal bladder, provides a wider field of view, and provides the greatest depth of view. Vaginal scanning is best performed with the bladder empty, gives a much greater resolution with greater crispness of fine detail. In circumstances where both approaches are readily available, the greater detail provided by transvaginal scans usually outweighs other considerations, and is preferred.

Scanning is usually done in the normal examination position (dorsal lithotomy) with her feet secure in stirrups and her perineum even with the end of the examination table.

The following findings can be made during early first trimester ultrasound sonography:

Technique
This is what can be seen and often measured:

The benefits to ultrasound evaluation include:

Unfortunately, diagnosis of an abnormal pregnancy does not allow for intervention to correct the abnormality.

In the presence of uterine bleeding, visualization of a gestational sac, a yolk sac, a fetal pole and fetal heart beat changes the risk of a threatened abortion leading to miscarriage from 50/50 to about 5%.

Observation of subchorionic bleeding (blood outside the sac) is noted in about 20% of patients with threatened abortion. This is a worrisome sign, and reduces the pregnancy continuation rate to about 2/3. 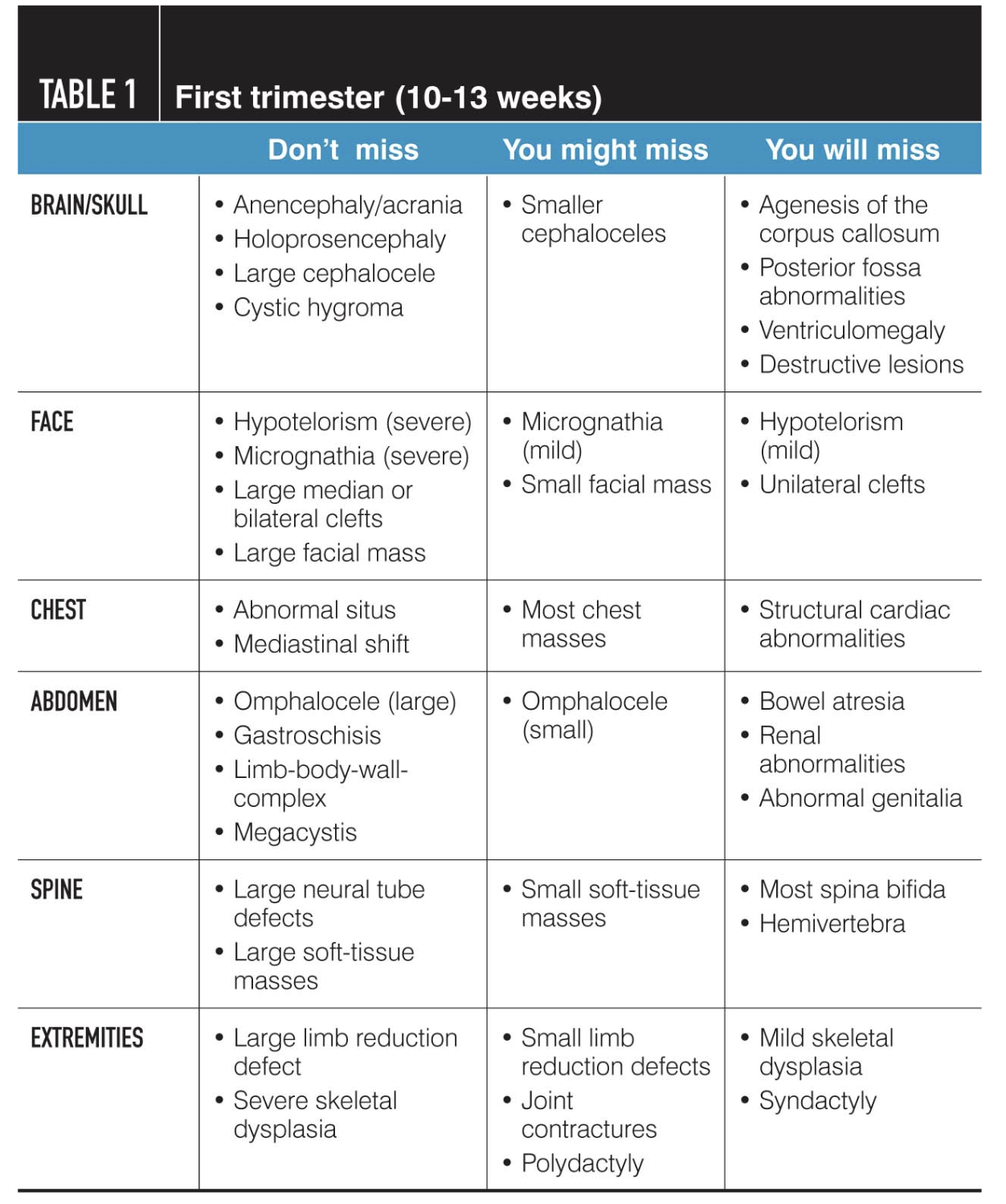