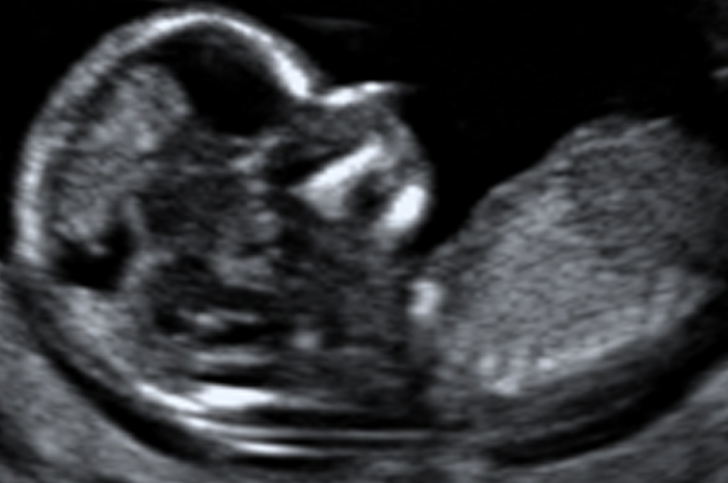 What is the first-trimester screening test?

The first-trimester screening test is a test in pregnancy and consists of both a blood test and an ultrasound (sonogram) test usually done together between 10 weeks and 13 weeks of pregnancy. An abnormal first-trimester screening test means there is an increased risk that the fetus has Down syndrome (trisomy 21) or another type of aneuploidy. It also is linked to physical defects of the heart, abdominal wall, and skeleton.

What is the nuchal translucency screening?

The nuchal translucency screening, or NT, is a prenatal ultrasound test that can help to determine the fetus's likelihood of having Down Syndrome or some other chromosome abnormality. Major heart problems can also be detected using the NT prenatal test.

The ultrasound is done as a transvaginal ultrasound and it measures the thickness of the fetal neck, the nuchal translucency (fluid beneath the skin behind the baby’s neck).

The results from the blood tests and the ultrasound, along with the mother’s age, are then combined to determine risk factors for certain chromosomal conditions such as Trisomy 21 (Down syndrome), Trisomy 18 (Edward syndrome), and Trisomy 13 (Patau syndrome).

The following increases the risk for chromosomal abnormalities:

When is the nuchal screening completed?

The test needs to be performed between the 11th and 14th week of pregnancy. If the fetus is older than 13 weeks and 6 days, the test will no longer be available.

What information does the nuchal screening provide?

Nuchal screening provides a risk assessment of the baby. While the test does not diagnose the fetus with a chromosome abnormality, it does offer a chance of risk to the parent. The testing has been shown to detect up to 90 percent of all Down’s syndrome cases in mothers who have undergone the nuchal screening. Due to the specialized equipment and training required to perform the nuchal screening, the test is not currently available to every pregnant mother.

The chances of a false positive

In about 5% of the cases, the nuchal test will tell parents their baby is at high risk for Down’s syndrome or some other chromosome disorder when there is no risk. This is a nuchal screening false positive.

What happens after a positive test result?

After the nuchal screening comes back with a positive result for a higher risk of chromosome disorder, the mother will be offered invasive testing to determine the specific chromosome disorder and the severity of the disorder. Further testing via amniocentesis or chorionic villus sampling will help to further diagnose the problem.

Prenatal testing helps moms and dads to rest assured the pregnancy is going according to plan. When chromosome disorders are found early, both the obstetrician and the parents will be able to learn more about the chromosome disorder and prepare for any health-related special needs the baby may have after birth. Testing is completely voluntary and not required. Women should not feel pressured into chromosome testing.