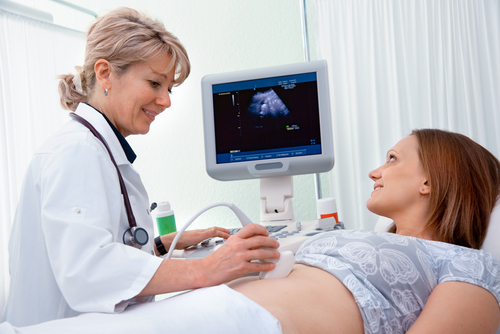 Ultrasounds have been used for more than 50 years to take images of the human body for diagnostic use. During pregnancy, women are often given at least one ultrasound to record fetal growth, number, orientation and development. There are no adverse side effects associated with fetal ultrasound imaging, but new technology producing static 3-D ultrasound images and moving 4-D ultrasound “movies” bring the topic of ultrasound safety to the forefront of many medical conversations between parents and obstetricians.

Are 3-D and 4-D Ultrasounds Safe?
There are limits set by the Food and Drug Administration (FDA) on the energy used during a fetal ultrasound. That energy limit is set at 94 milliwatts/cm2. While ultrasound machines have the capability to produce up to 720 milliwatts/cm2, the FDA limit for ultrasound use during pregnancy remains at 94 milliwatts/cm2; the safe limit as established by the FDA. 2-D, 3-D and 4-D ultrasound technology all uses the same safety preset as established by the FDA. There are no additional safety concerns when using 3-D and 4-D technology compared to 2-D technology typically used for a fetal ultrasound. The only difference between the three processes is image collection.

What Do Doctors Have to Say About Ultrasound Safety?
According to Dr. Joseph Woo, member of FRCOG (Fellow of the Royal College of Obstetricians and Gynaecologists), no adverse side effects from fetal ultrasound have been reported in the last 40 years, but the need for continued research is there. Reports of low birth weight, hearing problems, speech problems and tendency to be left-handed, just some of the suggested ill effects of ultrasound, are not substantiated in medical research.

Woo goes on to state that the greatest risk of fetal ultrasound is under diagnosis or over diagnosis of a pregnancy complication or condition. Ultrasound technicians often perform scans in secluded rooms with very little light.