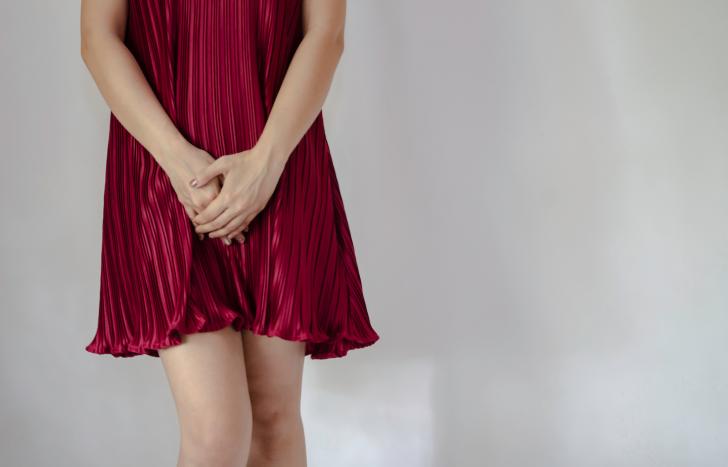 Nearly every woman will experience vaginal discharge at some point in life.

What is vaginal discharge?

Vaginal discharge is a fluid or semisolid substance that comes out of the vagina. A small amount of non-smelly clear vaginal discharge is normal, usually a reflection of the body's normal cleansing process. Some women experience normal changes in their vaginal discharge based on where they are in their menstrual cycle. However, a vaginal discharge that is discolored, that has a strange or different consistency, or that smells strange should be something you should watch out for, especially if it's associated with certain symptoms such as significant itching, burning,  irritation or other uncomfortable symptoms.

Most often, vaginal discharge is normal and does need no treatment, and sometimes it's just the first pregnancy sign, but there can be other causes that require medical treatment.

After delivery, whether it's a vaginal delivery or a cesarean delivery, it is normal to see some bloody vaginal discharge. In fact, this discharge was given a special name: Lochia.
Lochia may normally last four to six weeks and sometimes even longer.

Normal lochia usually changes as the weeks after delivery pass from initially bright red just after delivery to a darker brown and finally to a creamy tone.

You should call or see your doctor for any of the following which are not normal:

Any change in the vagina's balance of normal bacteria can affect the smell, color, or discharge texture. Here's a list of the most common conditions that upset that balance:

A common cause of vaginal discharge is a yeast infection. Women can suffer from a yeast infection for various reasons including, but not limited to, taking antibiotics, suffering from diabetes, or being pregnant. Discharge may have an unnatural odor, appear lumpy and white, and be very itchy.

Bacteria are present in the vagina at all times, but sometimes the bacteria can build up and cause a bacterial infection. When harmful bacteria grows, it can lead to bacterial vaginosis. This type of discharge will be white and have a faint fishy smell. Prescription creams and antibiotics work well to clear up the infection and stop the vaginal discharge.

As uncommon as this is it may not be cause for great concern. Brown vaginal discharge is most often associated with old endometrial tissues. In other words, if your period is late you might get a brown, rather than red, discharge. It could also mean that for whatever reason during your last menses the entire uterine lining failed to make a timely exit. What you are seeing now is the fashionably late exit.

In some cases, however, there is cause for concern. Brown vaginal discharge can also be a symptom of a medical concern that is much more sinister than leftover endometrial cells.

A certain amount of vaginal discharge can be normal, and any odor you may notice usually comes from outside the vagina (vulva). Keeping this area clean with gentle soap and water can prevent odor. A vaginal douche is a process of rinsing the vagina by forcing water or another solution into the vaginal cavity. Studies have shown douching is not necessary to keep your body clean and that vaginal douching increases vaginal infections and discharge. Your vagina usually cleans itself. Douching will change the vaginal PH (acid) value and can weaken the natural defense, creating more problems. In addition, there are certain chemicals in most douches that may irritate your vagina and change the normal balance of (helpful) germs in your vagina. Douching can also spread an infection into the uterus, increasing your risk of getting pelvic inflammatory disease (PID), an infection of the fallopian tubes that can cause you to be unable to have children. If you have an abnormal vaginal discharge, it's a good idea to consult with your doctor.

Trichomoniasis and gonorrhea are two sexually transmitted diseases with vaginal discharge as a symptom. Trichomoniasis presents with a frothy, green discharge while gonorrhea is typically yellow or hazy looking. Pain may be associated with these conditions in addition to an itchy feeling of the vagina. Antibiotics are necessary to treat the infection.

In many cases, vaginal discharge is just the female body working through the ovulation and menstrual cycle. Changes in vaginal discharge occur throughout life as hormone levels change and women move into menopause. If you have any questions or symptoms, ask your gynecologist.