Sign up for the waitlist for our new app, Obie!
Baby & Child » Breastfeeding

Breastfeeding has become the feeding method of choice for countless numbers of new moms. Though breastfeeding at one time was very common amongst American women, in the last few decades it has waned, with many moms favoring ready-made formulas and all the convenience that they provide. As the benefits of breastfeeding have become more well-known in recent years, many moms are choosing to provide nourishment for their children in the most natural manner possible, breastfeeding.

Breast Pumping: Automatic versus Manual Pumping
Breast pumping can be done manually or it can be automated. The former is a bit more time and labor intensive. However, there are benefits associated with it, namely as it concerns cost. A manual breast pump device is fairly inexpensive.

An automated breast pumping device is another option. As the name suggested, it is automated. Moms place the suction cups on their breast and the machine does all the “heavy lifting” or hard work. This is generally faster and it’s much easier. Rather than having to pump by hand, as is required when a person uses a manual pump, the machine pumps the breasts instead. Automated pumping machines are significantly more expensive than their manual counterparts. They can easily go for a couple hundred dollars or more. 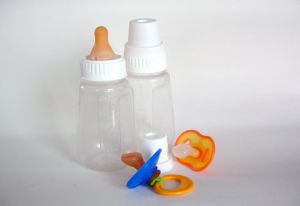 Why Pump Breast Milk?
For moms who work or those with a desire to leave the house for more than two hours at a time, pumping is a necessity. Breast pumping allows the baby to still drink mom’s breast milk, even when she is not around.

Moms that work and would still like to breastfeed their child or children, will need to pump because of the amount of time they spend apart from them. When a mom’s breasts are not being drained by the baby, every two hours, they will fill up with milk. If they are not relieved via pumping or feeding, they will become engorged, hard and painful. A woman’s breasts may also begin to leak.

Not pumping the breasts or feeding during the day will also begin to affect a woman’s milk supply. It will begin to diminish. The less often she pumps or feeds, the less milk will be manufactured, until eventually she will stop producing milk altogether.

Another reason why a woman will need to pump while she is at work is to have milk for her child during the day when she is not around. Though it is certainly possible to supplement breast milk with formula, not everyone recommends it.  It can often be difficult to get a baby to drink formula if they have been primarily drinking breast milk. Another risk is the baby no longer desiring breast milk after receiving formula, a risk many moms won’t want to take.
Keyword Tags:
Breastfeeding
breast milk
breast milk pumps