Sperm Are Not Graceful, Researchers Reveal 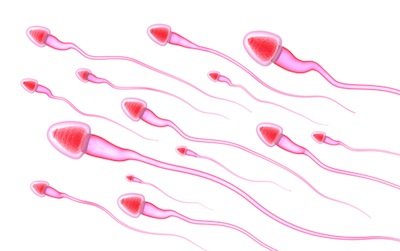 Infertility affects tens of thousands of couples every year from all over the world. Research in the field of fertility and infertility is ongoing and constantly evolving. The latest information that researchers have discovered is that sperm are not the graceful creators some may have thought they were. According to an in-depth study out of the Universities of Warwick and Birmingham, sperm are some of the least graceful bodies on earth. The study was published in the Proceedings of the National Academy of Sciences of the United States.

How We Think Sperm Reach the Egg
If you ask 100 people how the sperm reaches the egg for fertilization, chances are nearly 100-percent would tell you that they swim. Well, according to the research findings of Dr. Petr Denissenko and Dr. Jackson Kirkman-Brown, sperm don’t really swim at all. Sperm actually crawl along the walls and collide with each other before reaching the egg.

Researchers are looking at the information from the study as a means of developing a selection technique for optimal sperm selection. If more than 20 million sperm are found in one ejaculate, how is it that less than 20 sperm make it to the egg? That is a huge loss along the way. Essentially, researchers are looking for how the body naturally selects sperm in an attempt to recreate the selection process outside the female body to improve sperm selection techniques. According to Dr. Kirkman-Brown, “how do we find the ‘Usain Bolt’ among the millions of sperm[?]”