Wi-Fi Laptops Could Be Frying Your Sperm 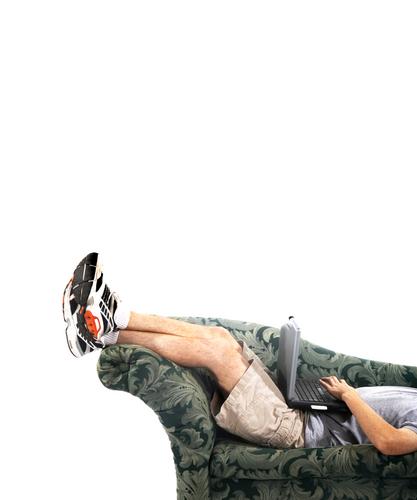 How can a laptop affect sperm count?

Men who usually rest their Wi-Fi laptops on their laps are much more vulnerable to reduced sperm motility and degeneration of the sperm DNA lowering the possibility of men to become fathers. This is the apparent result of a joint study conducted by Argentine-based Nascentis Medicina Reproductiva and the US-based Eastern Virginia Medical School and was published in the Journal of Fertility and Sterility.

Sperm motility pertains to the portion of sperm in a semen sample that are alive. Healthy and fertile sperm cells must be reeling and wagging their tails. Researchers conducted the study in an artificial setting. There was no direct participation of any human male. Instead, semen samples were placed under Wi-Fi-enabled laptops for four hours then examined. A study in 2010 had already found initial evidence that placing a laptop on the lap of a man could harm his fertility, particularly if this happens regularly and for longer hours. This habit can cause scrotal hyperthermia or too much heat in the testicles that can cause degeneration of sperm cells.

Wi-Fi means wireless fidelity. This pertains to a cluster of technical regulations that channel through data over a wireless system and the Internet. In the recent study, researchers tried to show that not only the laptop but Wi-Fi could also affect fertility, especially if the laptop is near the semen sample. They have discovered that sperm motility is higher if Wi-Fi was disabled. It was also found out that the heat from the laptop and the Wi-Fi signal may cause lower sperm motility and higher sperm DNA degeneration with irreversible damage to the man’s genetic code. Researchers also suggest that the electromagnetic ray emission from Wi-Fi damages the sperm cells.

The researchers led by Conrado Avendaño performed the experiments using sperm samples from 29 males without any reproductive-related disease. They took two samples in two varying environments – The Wi-Fi setting included several drops of semen placed under a laptop using Wi-Fi to download data from the web continuously. On the other hand, the non-Wi-Fi setting was placed in an environment that resembled the first setting but with the Wi-Fi disabled.