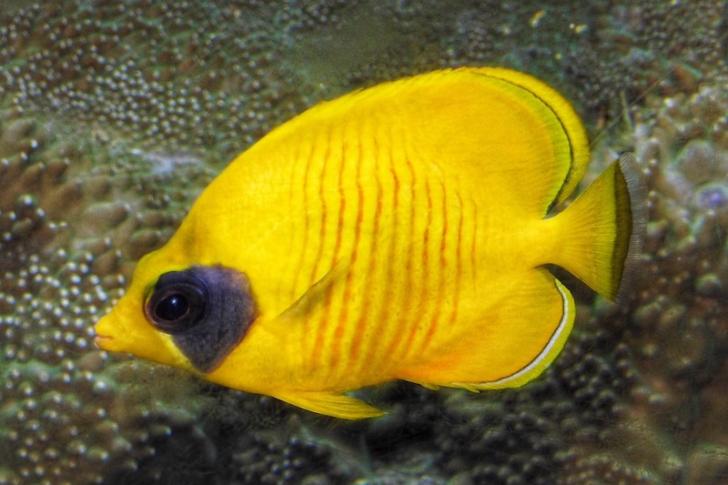 Ciguatoxin is a marine toxin produced by the blue-green algae, Gambierdiscus toxicus, that is concentrated in the fish food chain (1). The toxin is stable to cooking, freezing, drying, or salting, and results in ciguatera poisoning when infected tropical fish are ingested (1). Other toxins that may be present with ciguatoxin include scaritoxin and maitotoxin (2,3).

Eight cases of ciguatera poisoning during pregnancy have been published (1,2,3 and 4). An Australian woman at term developed symptoms of poisoning within 4 hours of ingesting the toxin from a reef fish (1). Fetal symptoms of poisoning, beginning simultaneously with the mother's symptoms, consisted of tumultuous fetal movements, and an intermittent peculiar fetal shivering. (1) The unusual fetal movements continued for 18 hours, then gradually subsided over the next 24 hours. A cesarean section performed 2 days later delivered a 3800-g male infant with meconium aspiration and left-sided facial palsy. At 1 day of age, possible myotonia of the muscles of the hands was noted. Pulmonary signs and symptoms of the meconium aspiration resolved with time. At 6 weeks of age, the baby had not yet smiled, but he was otherwise normal (1). The mother was unable to breast feed due to excruciating hyperesthesia of the nipples.

Six cases of ciguatera poisoning during pregnancy (gestational ages not provided) were described by researchers from the San Francisco Bay area in an abstract published in 1991 (2). The women had neurologic, neuromuscular, and cardiovascular signs and symptoms of poisoning, and all experienced increased fetal activity in conjunction with their symptoms. One fetus was aborted during the acute phase of the poisoning (2). The other five women were delivered, at or near term, of apparently normal infants without sequelae from the exposure. The exposure-delivery intervals for the latter five cases were not specified.

In another case from California, a woman in her 16th week of gestation developed ciguatera poisoning 4 hours after eating a meal of cooked barracuda (4). This case may have been briefly mentioned in another Reference (3). Increased fetal movements persisted only for a few hours. A cesarean section, performed 19 days past term, delivered a normal, 3630-g male infant who was developing normally at 10 months of age.

Of the cases described, none of the liveborn infants appeared to have had lasting sequelae from exposure to the toxin. However, long-term adverse effects could not be completely excluded in the one infant exposed shortly before birth. The timing of the exposure in relation to delivery may have been a factor in this case. The association between the toxin and the abortion cannot be determined from the available data. Transplacental passage of the toxin has not been studied, but its high molecular weight (1112) presumably limits its transfer, at least early in gestation before thinning of the placental membranes has occurred.

Ciguatoxin is apparently excreted in breast milk. A 4-month-old infant was breast fed 1 hour and 3 hours after his mother consumed a portion of a presumed ciguatera-infected fish (5). The mother's symptoms of poisoning developed within a few hours of ingesting the fish meal and resolved by 3 weeks. She continued to nurse her infant throughout the entire course of her illness. Approximately 10 hours after the first nursing following the mother's fish meal, the baby became colicky, irritable, and developed diarrhea lasting 48 hours, followed by a fine maculopapular rash. The signs and symptoms in the infant, which were considered compatible with ciguatera toxicity by the authors, completely resolved within 2 weeks (5).

Ciguatoxin was thought to be the cause of green stools in a nursing 3-month-old infant who was breast fed 12 hours after the mother had developed symptoms of ciguatera poisoning (6). The infant was changed to formula and then rechallenged with breast milk a few days later, resulting in the reappearance of the green stools. Prompt cessation of breast feeding again resolved the problem. No other symptoms were observed in the infant.