Track your fertility to get pregnant faster!
Lifestyle » Food and Nutrition

"Do" Focus on Benefits, "Don't" Dwell on Negatives 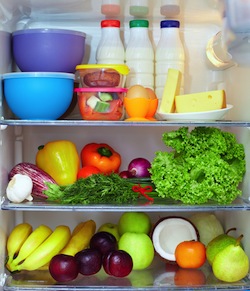 Many Americans get their nutritional advice from public health campaigns but a recent study from one of the nation’s top food science labs says the campaigns probably don’t present the information the right way. People are more motivated by accentuating the positive but so many public health campaigns focus on the negative. Instead of saying “do” eat the broccoli because it builds strong bones, we’re told “don’t” eat the burger because it will make us fat.

Researchers at the Cornell University Food and Brand Lab compiled data from 43 international studies that featured nutrition messages presented in either a positive or negative light. They discovered the experts — doctors, dietitians, and probably the people designing the public health campaigns — prefer the ominous negative message. They like “don’t.”

But ordinary, everyday people, who are the target audience for all these public health campaigns, would rather learn the positive benefits of eating the right foods. They want to know what to “do,” what to eat, and why. The negatives just create guilt trips and many people nurse their guilt with too much of the wrong foods.


The researchers discovered most people would rather just be told what to eat for a healthy living and how the particular food contributes to health and vitality. The average consumer will never know as much about the intricacies of nutrition as the experts do but the big, happy, positive message hits the mark almost every time.

The study suggests public health campaigns would be more effective if the message were delivered in a positive manner that encourages healthy food choices rather than in a negative message that makes it seem like everything that tastes good is bad.

Parents can incorporate this lesson into family food choices, too. Instead of telling your spouse or children don’t eat a cheeseburger because it will clog your arteries and may give you a heart attack when you’re older, tell them to eat a tuna sandwich on whole-grain bread so the tuna will help grow strong bones and teeth and the whole-grain bread will help prevent tummy problems.

Other “do” tips to encourage healthy food choices: