Importance of Both Whole and Refined Grains During Pregnancy 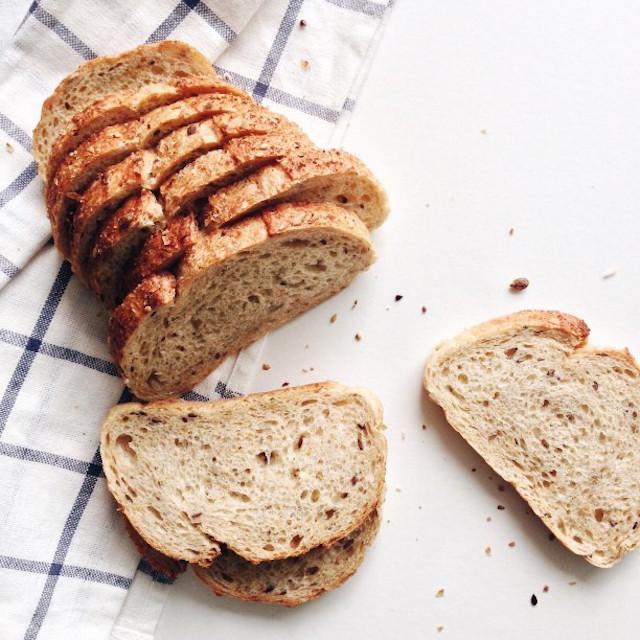 During pregnancy, grains are an important source of energy and nutrients and should be included in most meals. While the health benefits of whole grains, such as 100% whole wheat bread, are highly promoted by health professionals, it’s important to remember that not all grains consumed should be whole grains during pregnancy. The reason for including some grains that are not whole is because these processed grains have been enriched and fortified with important nutrients that are needed in higher amounts during pregnancy. Enrichment (such as in white bread that has been “fortified” with vitamins and minerals) is the process in which nutrients lost during processing are added back in, such as B vitamins. The refined, enriched grain is usually fortified as well, which adds nutrients not usually found in the food such as folic acid and iron. About half of a woman’s grain intake should be from these fortified grains to ensure that enough folate and iron (important pregnancy-nutrients) are consumed.

Whole grains are important to include during pregnancy as well, since, unlike refined grains which have had their bran and germ removed by milling, they are unrefined and therefore better sources of fiber and other important nutrients, such as selenium, potassium and magnesium. Studies have found that consuming more fiber from grains can lead to a longer life by having such health-promoting effects as lowering blood-cholesterol levels and controlling blood sugar. Fiber also helps maintain bowel integrity and health by changing the nature of the contents in the GI (gastrointestinal tract), thereby changing how other nutrients and chemicals are absorbed.

Whole grains are a great source of insoluble fiber, which has a bulking action and is not digested. This causes it to push foods more quickly through the digestive system, decreasing constipation and facilitating regularity- especially helpful for constipation often experienced during pregnancy. Other good sources of insoluble fiber are nuts and seeds, skins of vegetables and fruits, and some fruits including banana and avocado.

Barley and oats are a great source of the other type of fiber, called soluble fiber. This type of fiber absorbs water, making contents of the stomach more gelatinous and viscous. This binding nature causes nutrients from foods, including sugars, to be absorbed more slowly into the bloodstream, thereby reducing rapid spikes in blood sugar after eating which is good for everyone- especially women with diabetes. Soluble fiber also binds bile acids in the small intestine, making them less likely to enter the body which lowers blood cholesterol levels. Other sources of soluble fiber include fruits, legumes, and root vegetables such as sweet potatoes and onions.

It is recommended to consume about 6-8 servings of grains during pregnancy. Make half of those grain servings whole by choosing foods that contain the word “whole” as one of the first three words on the food label’s ingredient list.

1 ounce is equivalent to a slice of whole grain bread, ½ cup cooked brown rice, ½ cup cooked whole grain pasta, 3 cups popped popcorn or five whole wheat crackers. Here’s an example of how you can get 6 ounces in a day: