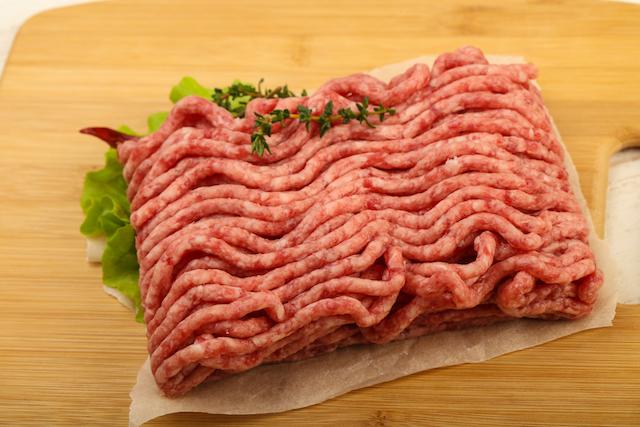 When you talk about “food poisoning” you most likely talk about Salmonella or E.coli infections. Symptoms of food poisoning include severe vomiting and diarrhea, high temperatures, and dehydration.

Toxoplasmosis is an infection caused by a parasite sometimes found in raw meat, including cured meats such as salami, and undercooked meats like lamb. Toxoplasma is also found in soil, on unwashed vegetables, and in cat feces. More often than not, if you become infected with toxoplasmosis there are no specific symptoms, and sometimes it causes a mild, flu-like illness. Toxoplasmosis causes the most severe damage to the fetus if a woman becomes infected in her first trimester. If you've had it once, you are unlikely to get it again. There is a blood test that can show whether you have had toxoplasmosis.

Listeria is another organism you can get from undercooked meat, especially frankfurters, but also from smoked fish or prepared salads.

Reduce your risk of infection from meat

Read More:
Mercury and Seafood
Is It Safe to Eat Sushi While Pregnant?
Foods to Avoid During Pregnancy