Follow us on Instagram
Our app takes the guesswork out of getting pregnant. Get Obie for iOS Now!
Baby & Child » Newborn First Year

What is the Timeline for Feeding Baby? 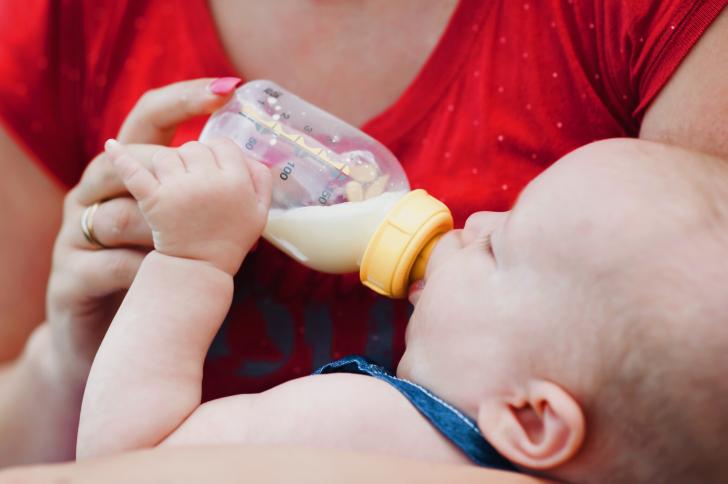 Feeding baby is the most natural thing in the world for some mothers while others worry about when to add milk, solids and finger foods. Questions like, “Is baby getting enough to eat?” or “Is baby getting too much to eat?” are two of the most common asked by new mothers. Feeding baby does not have to be a trying experience, just follow this simple timeline and tweak for your baby as needed.

During the first four months, babies need only formula or breast milk. Breastfed infants will typically nurse between 10 and 12 times a day. Formula-fed babies tend to feed less often; only six to eight times a day. While adults are often on a three meal a day program, babies “eat” for hydration and nourishment so they tend to eat more often. At first, babies will only consume a few ounces of breast milk or formula, on average. As the months roll by, baby's stomach will expand and more breast milk and formula will be consumed with longer periods between feedings.

The infant stage of feeding baby is a time surrounded by great debate. Some pediatricians give the green flag to start solid foods like cereal at four months of age, while others suggest parents wait until six months or older. When baby is ready to start on solid foods cereal is often the first choice. Rice and oatmeal are two of the more common. Parents should choose an iron-fortified cereal and start baby on only a couple tablespoons at first.

Between the ages of six and eight months, babies start to get mobile. Mobility means increase calorie needs, but rest assured baby will only eat what they need as overeating is a learned trait. First foods can include pureed fruits and vegetables. The typical baby will consume between two tablespoons and two cups, depending on the infant. It is important to offer foods without added fats or seasonings and only add a new food every three to five days. If there is a food allergy, symptoms should arise during this time. Parents can reduce the risk of food allergy reactions by sticking to a list of safe foods for most babies offered by the pediatrician.

Between eight and 12 months of age, breast milk and formula is slowly being phased out. Baby may still take three to four bottles a day or nurse three to four times, but food should be available at every meal and between meals. This is the perfect time to help baby learn how to move foods from hand to mouth with age-appropriate finger foods like cereal puffs and soft, diced fruits. There will be messes along the way, but that is the fun of feeding baby.

The eight most common foods that cause allergic reactions in babies are milk, eggs, fish, shellfish, tree nuts, wheat, peanuts and soybeans. The four most likely to cause allergies in children under the age of four are milk, peanuts, eggs and tree nuts.