Facts and Myths About Gay and Lesbian Parenting 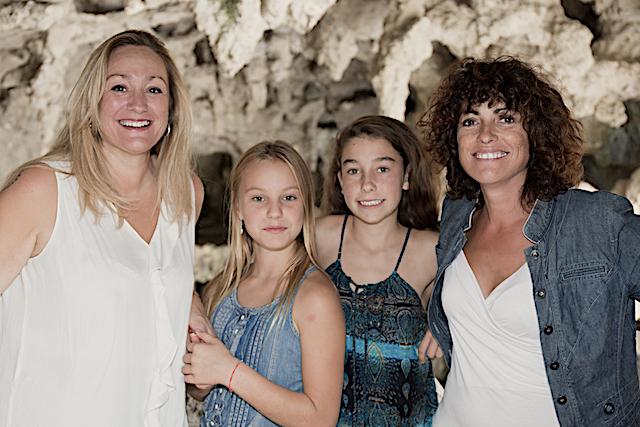 Change often causes a division between those that are in support of the change, and those that aren't. Gay and lesbian parenting is one such area. Supportive people tend to reflect on the positive benefits of having gay or lesbian parents while those who are not supportive may claim unreal negatives linked to having two moms or two dads. Research studies say otherwise. Here are some myth-busting results.

Fact: According to a report published by the American Civil Liberties Union (ACLU), gay and lesbian parents did not parent based upon their sexual orientation. The ACLU states that “good parenting” involves supplying a nurturing home with love from both parents and gay/lesbian parents can effectively offer that to their children.

Myth: Children of gay and lesbian parents grow up unhappy

Fact: The same report published by the American Civil Liberties Union (ACLU), revealed children of gay and lesbian parents were just as happy as children raised by heterosexual parents. This could be true and untrue at the same time. While children of gay and lesbian couples may find that some preteens have problems during middle school years when peer pressure and teasing is heaviest, the truth is that most children have trouble during middle school years with these same issues whether parents are gay or not.

Myth: Children of gay and lesbian couples are less intelligent

Fact: This could not be more untrue. There are no known studies that support the idea that children of gay and lesbian couples are less intelligent. Children are also not proven to suffer additional mental problems, behavioral problems, drug addiction, or eating disorders.

Fact: It's quite the opposite. Each year, more and more children enter the foster system with fewer couples willing to adopt. With research supporting the gay and lesbian parental unit, there is no reason to stop them from opening a well-rounded home to a child that would otherwise be stuck in the system. There are research studies, however, that link a lack of a supportive home unit to problems throughout childhood and adulthood.

There will be myths circulating on literally every topic but the facts on gay and lesbian parents speak for themselves. Not every gay and lesbian couple is perfect for parenthood – but not every heterosexual couple is either. There are pros and cons in every parent, independent of their sexual orientation.

Read More:
LGBTQ Pregnancy Options
Are There Advantages of Having Gay/Lesbian Parents?
Tips for Finding a Surrogate Mother
Legal Issues of Gay and Lesbian Pregnancy