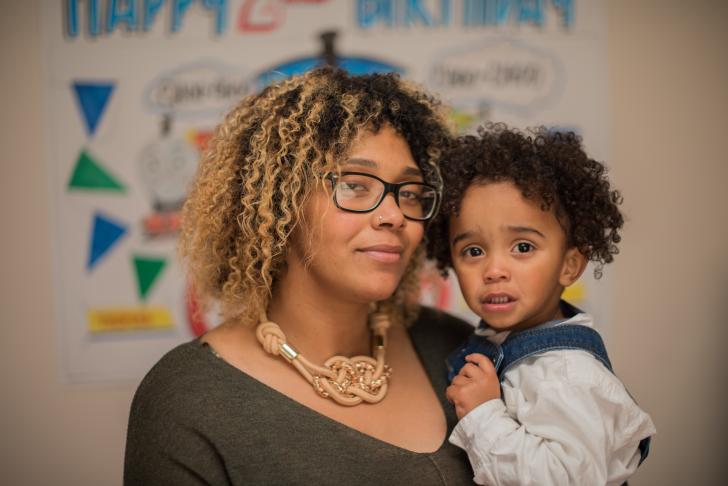 Babies can pick up on your stress

“Emotions are not simply concepts that live privately in the mind” is the opening line of the abstract of a recent study that explores the possibility that emotions may be contagious, affecting those closest to us with the most intensity. To test the emotional contagion theory, a team of researchers enlisted a group of mothers and their infants. Sure enough, the babies picked right up on their mothers’ stress, even mirroring her degree of distress with their own.

Sara Waters, Wendy Berry Mendes, and Tessa West enlisted 69 mothers who had infants 12 to 14 months old. The women and children were each hooked up to cardiovascular sensors and allowed time together to get comfortable with the attached apparatus.

Once each child became comfortable, her/his mother left the room to undergo a stress test. The women were divided into three groups and each was given the challenge of presenting a five-minute speech to two test evaluators. Each speech was followed by a five-minute question-and-answer session. Group differences were:

Shortly thereafter, each mother was reunited with her baby.

It took only minutes for the babies of the women receiving negative feedback to pick up on their mothers’ newly elevated level of stress. Cardiovascular feedback from the sensors indicated the baby’s level of stress was highest for the mothers most stressed out by the task.

The study shows that infants do pick up emotional cues from their mothers long before they are capable of expressing stress themselves. Physical contact between mother and child seems to be the conduit from which stress passes from mother to child.

How do babies identify the expression of stress?

The study did not identify the specific channel(s) through which the emotion contagion flowed but possibilities include facial expression, tension in the voice, and even the mother’s stress-tainted body odor. Since this test was conducted, the research team has delved deeper into the mechanism that conducts the mother’s stress. They are focusing on what effect the sense of touch produces when a stress-ridden mother touches her baby.

Read More:
Psychiatric Disorders Linked to Environmental Stressors During Gestation
How Mom Can Pass Stress to Her Baby Through Placenta
How to Reduce Stress at Work While Pregnant