Is It Safe To Play Football During Pregnancy? 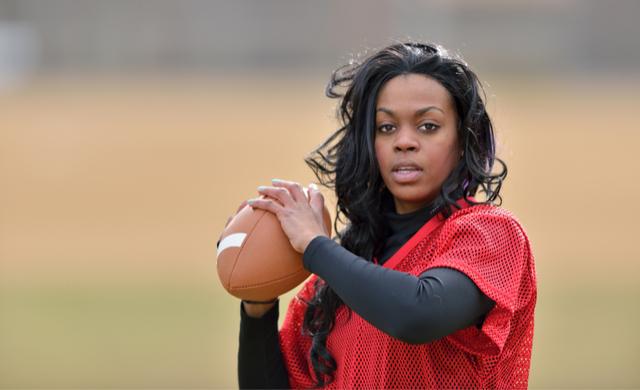 Football has been well documented as a risky sport, even for professional players with professional equipment. It’s not a surprise then that playing football during pregnancy is not the safest of choices.

Sure, it’s true that when you get together with friends and family for an innocent backyard game (especially among people who may already know you are pregnant), you are not engaging in the same rough and tough level of professional football players.

A football thrown, even at a moderate speed, could present blunt force trauma.

Most exercise is safe in moderation while you are trying to conceive and during pregnancy as long as you don't have any complications and aren't high-risk. Yet, some forms of exercise and sports pose their own risk of danger during pregnancy. According to the recommendations of the American College of Obstetricians and Gynecologists, "Those activities with a high risk of falling or for abdominal trauma should be avoided during pregnancy."

If you are thinking of playing football on a team or with friends or family during pregnancy, there are certain aspects of this game to consider first:

Potential for Trauma to the Abdomen: A football thrown, even at a moderate speed, could present blunt force trauma. This can certainly injure you and it can also harm the growing fetus.

Risk of Falling: When all eyes are on catching the ball and blocking an opponent, falls happen. If you fall directly on your stomach you can injure the baby.

Competitive Nature: Football tends to be a sport where brute competition is not only common but expected. Even the most careful individuals can be once caught up in getting that win and get a little too rough. You may end up unintentionally bruised.

Loss of Balance: During pregnancy, your balance and speed are not what they used to be. Your ever-changing hormones, specifically prolactin, is loosening up your joints. You may even notice this while simply walking; your balance may be off and you may be more prone to slips and slides.

While football is a popular family game, especially during cool fall months and family reunions, it’s best during your pregnancy to simply watch from the sidelines while you cheer on your team!

Read More:
Is It Safe To Swim During Your Pregnancy?
Smoking and Breastfeeding
Are Saunas Safe During Pregnancy?