Is It Safe To Play Basketball During Pregnancy? 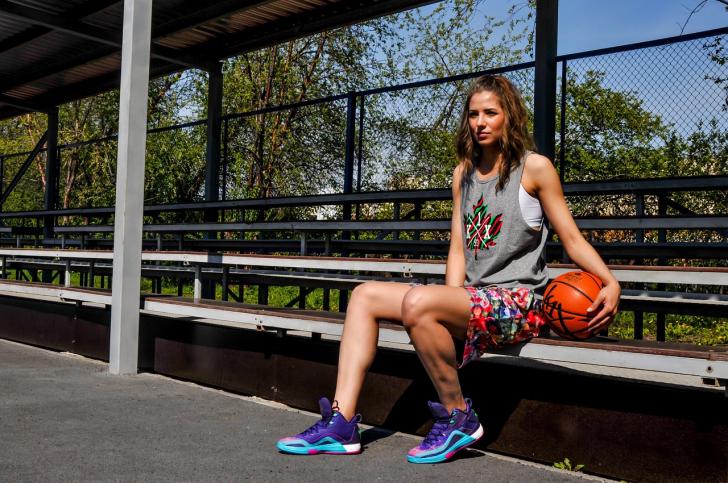 Basketball is a high-intensity sport that requires a lot of stamina, constant running, and conditioning. While not quite as rugged as football, it certainly lists high in terms of the potential for rough and tumble play. It is also one of the sports that give you a full body workout as well as a cardio session. This all sounds great when not pregnant, but how safe is basketball during pregnancy?

You may be able to feel totally fine when playing in early pregnancy. Before the baby starts to grow and before, your belly expands, the potential for risks directly to the fetus is rather low. However, you may have to contend with feeling off balance due to changing hormones, as well as possibly dizzy, nauseated, and lightheaded.

The possibility of falling down on your stomach is a genuine threat, which could have disastrous results.

You may also find that you get winded more easily and may not have as much stamina as you did before getting pregnant. Again, due to the hormones fluctuating and your body undergoing several changes in preparation of the baby, you simply may not be able to withstand activity you did before you were pregnant.  You will likely need more breaks and may need to play at a slower pace.

If you’re an athlete, you are conditioned and can likely withstand more physical activity than a non-athlete, however, it is important to pay attention to your body whether you’re a trained athlete or not. If you feel your heart-rate going faster than normal or begin to feel dizzy or light-headed, leave the game, drink some water and sit down. If you continue to feel ill, seek medical attention.

Now that the baby is growing, your potential of either falling down on your own simply because your center of balance is off or colliding with another player is just too high to risk. If you can get hurt in a game, your growing baby can, too. Also, the possibility of falling down on your stomach is a genuine threat, which could have disastrous results, including placental abruption and early labor.

There is some debate on when a woman should stop playing basketball entirely during her pregnancy. The best course of action is to ask your doctor or midwife for advice regarding any exercise program or sport you would like to play during pregnancy.