Is It Safe To Play Rugby During Pregnancy? 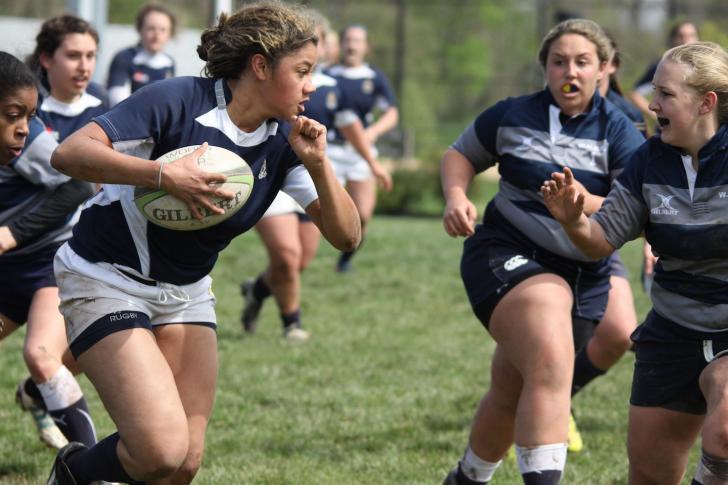 Rugby is a high contact and rough sport, and not recommended  while you are trying to conceive and during pregnancy. It falls into the category of forms of exercise and sports that pose their own risk of danger during pregnancy. According to the recommendations of the American College of Obstetricians and Gynecologists, "Those activities with a high risk of falling or for abdominal trauma should be avoided during pregnancy."

Rugby is a worldwide sport often compared to American football. It can actually be summed up by adding three American sports because you have to have the running dexterity and speed found in soccer, the ability to tackle and defend found in football and the ability to transition the ball as seen in basketball. Two teams play each other and each team has 15 players. The object of the game is similar to football: you have to get the rugby ball over the goal line, either by running with it or kicking it through the goal posts. It is a widely loved game played by both men and women, and for women, the topic of whether you can continue to play rugby throughout pregnancy is a common question.

Rugby is a high contact and rough sport, and not recommended  while you are trying to conceive and during pregnancy.

Potential for Trauma to the Abdomen: A rugby ball thrown, even at a moderate speed, could present blunt force trauma. This can certainly injure you and it can also harm the growing fetus.

Risk of Falling: When all eyes are on catching the ball and blocking an opponent, falls happen. If you fall directly on your stomach you can injure the baby.

Competitive Nature: Rugby tends to be a sport where brute competition is not only common but expected. Even the most careful individuals can be once caught up in getting that win and get a little too rough. You may end up unintentionally bruised.

Loss of Balance: During pregnancy, your balance and speed are not what they used to be. Your ever-changing hormones, specifically prolactin, is loosening up your joints. You may even notice this while simply walking; your balance may be off and you may be more prone to slips and slides.

Read More:
Is It Safe To Swim During Your Pregnancy?
Are Saunas Safe During Pregnancy?