Postpartum Depression: Fathers Feel It, Too 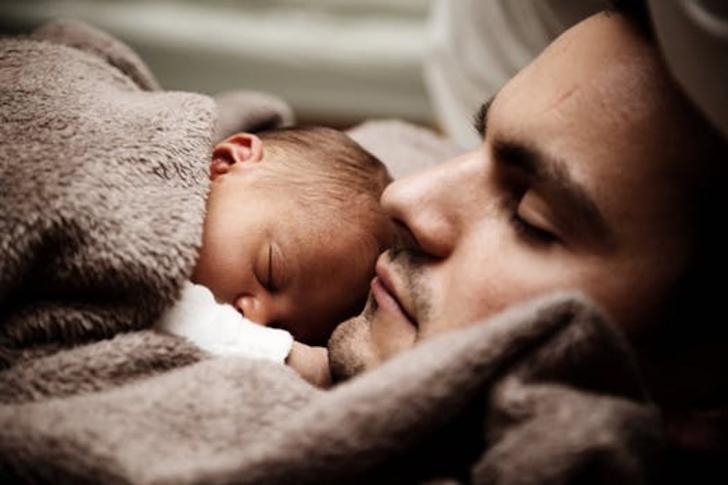 Most people know that new mothers sometimes get the baby blues but a growing body of evidence says fathers sometimes feel it, too. When a new parent experiences the blues to an extreme for an extended period of time, postpartum is the likely diagnosis.

New mothers will likely see their obstetrician or pediatrician on a regular basis after the birth of a baby so there is plenty of opportunity to discuss troubling thoughts and feelings with a medical specialist. New fathers usually don’t have the advantage of regular face-time with a physician. They may not feel comfortable discussing feelings, either, especially negative feelings that cause them to question their ability to be a good father. They don’t want to admit they’ve suddenly started crying a lot when no one is looking.

A new study from Northwestern University in Illinois indicates new fathers suffer postpartum depression more often than even they realize. Sheehan Fisher, the lead author of the Northwestern study, said, “New fathers should be screened and treated for postpartum depression, just as we do for mothers.” He says children are affected by their father’s emotional well-being just as they are affected by their mother’s.

Sheehan and his research team queried 200 couples shortly after they had a child and again when the child was 3. Both times, each parent, independent of the other, responded to a questionnaire that asked about depression, their relationship with the other parent, and their child’s internalizing behaviors (anxiety, jitteriness, sadness) and externalizing behaviors (acting out, hitting, lying).

Analysis of the questionnaires revealed that:

In an unrelated 2012 interview with Lamaze International, Dr. William Courtenay, a clinical social worker and author of the book, Dying to Be Men (2011), said depression symptoms in men are often different than in women. Men are likely to keep symptoms hidden but they are 4 to 12 times more likely to commit suicide than women are. According to Courtenay, who was not a part of the Northwestern study, 75 American men commit suicide every day.

Courtenay said the best predictor of paternal postpartum depression is maternal postpartum depression. He attributes this to men’s heavy reliance on their wife or female partner; men tend to have smaller social circles than women, making their baby’s mother their own strongest supporter. In addition to questions of their ability to be an effective father and family breadwinner, they sometimes feel they’ve lost the most important person in their lives to the new baby.

Paternal postpartum depression is attributed to hormonal fluctuations caused by the birth of a child. During pregnancy and shortly after childbirth, men experience a natural drop in testosterone and a rise in estrogen. This new hormonal balance facilitates father-child bonding but makes men more emotional than ever before. Many men are mystified and often frightened by their new tendency to be more emotional, even crying unexpectedly over things that never affected them before.