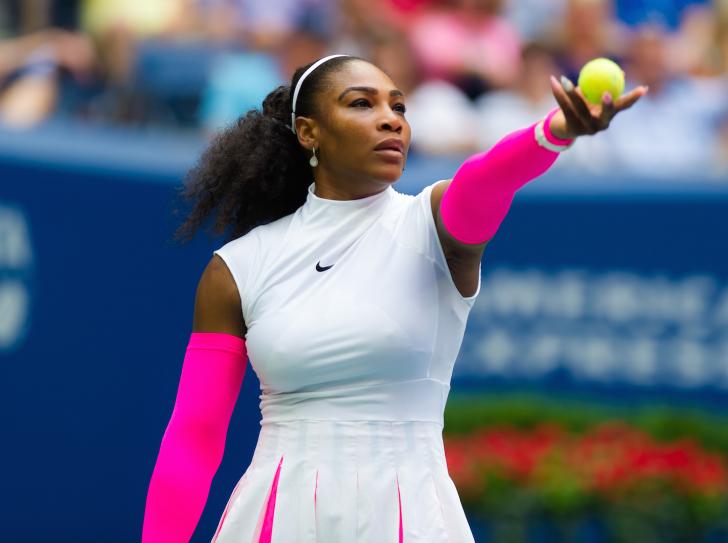 Just 10 months after giving birth to her baby daughter, Alexis Olympia, new mom Serena Williams is set to play the final game in Wimbledon. Williams had a grueling labor and delivery, and life-threatening postpartum complications.

Serena Williams’ medical history of blood clots, embolisms, and hematomas, was well established before her labor and delivery as was evidenced in her HBO TV series, Being Serena. Her now husband, Alexis Ohanian explained in one episode: “The C-section was low on our wish list because of her history of blood clots. Any surgery that Serena has is potentially life-threatening.”

Serena says there was a time when she couldn’t even walk a block away and yet tomorrow she will take her place at the finals at Wimbledon.

Not only was Serena induced which has a higher rate of C-section, but she had to repeatedly ask for further testing to rule out blood clots. When she couldn’t breathe after getting out of bed the day after delivering her baby, she was given an oxygen mask which caused her to cough so hard, she opened up her cesarean section stitches and had to be taken back to the operating room to repair it. She was given a test (doesn’t specify which one) to see if she had blood clots and was told she didn’t have any.

That’s when she insisted on a CAT scan with contrast dye. It was then that the pulmonary embolism was discovered as well as other blood clots in her legs. She ended up needing three surgeries in all, including one to place a filter to temporarily prevent blood clots from reaching her heart.

Serena says there was a time when she couldn’t even walk a block away and yet tomorrow she will take her place at the finals at Wimbledon. She says she feels like she has nothing to lose right now and that’s why she can play so freely yet she knows this unbelievable comeback happened against all odds:

"This was not inevitable for me. I had a difficult birth, multiple surgeries, I almost didn't make it. There was a time I could barely walk to my mailbox. It's such a pleasure and a joy to be in the final because less than a year ago, I was going through so much."

If Serena wins, this will become her 24th Gram Slam championship and her 8th Wimbledon title.