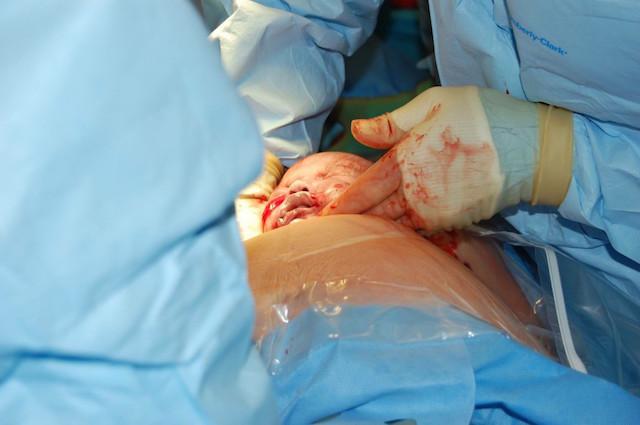 Research for link on C-section scarring and implantation

The research was conducted during a 15-month period. Data were collected from 380 pregnant women using a transvaginal scan between gestational weeks six and 11. Of the 380 women, 170 had a history of previous C-section and 210 had never received a C-section.

Doctors noted eight cases where implantation occurred at the site of the C-section scar. Only one of the scar implantations resulted in live birth though the pregnancy was plagued with postpartum hemorrhage and placenta previa. The study was relatively small so researchers suggest a larger study be completed to verify outcomes.