BPA Exposure Affects Up to Four Generations of Offspring 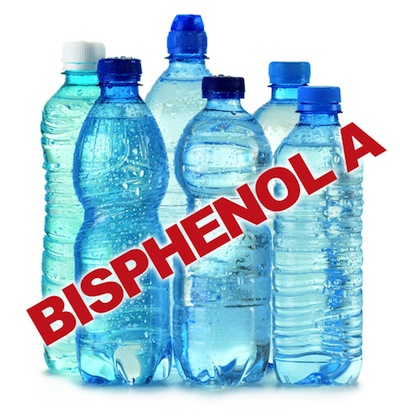 While animal studies are not often comparable to human studies, they can tell us a bit about how the body works and what to expect or look for in human studies. A recent study provided some very interesting information on BPA or Bisphenol A. Bisphenol A has been in the news quite a lot over the last one to two years. The plastic additive has been associated with learning disabilities and behavioral disorders; some even think it may be responsible for some cases of impaired fertility and birth defect. However, this new study says something completely unexpected. BPA not only affects immediate pregnancies and offspring – it sticks around for up to four generations causing health and medical problems. The study was published in Endocrinology.

BPA is a man-made chemical. This chemical has been found in everything from baby bottles to teething rings, sealants at the dentist to the paper receipts are printed on. It is everywhere around us and it could be causing some pretty horrible health problems, including problems with anger and anxiety. BPA can be found in human urine and blood and exposure seems to be inevitable with traces of BPA found all around our natural environments.

When mice were fed BPA-laced food before and during pregnancy – the effect on urine and blood was immediate. That effect resulted in first generational offspring with BPA levels about that of human studies. Researchers noticed the first generation was less likely to interact socially with other mice, but they also noticed a long-term effect. Some of the genetic changes caused by the BPA lasted for up to four generations. That means this chemical could possible change human genetics for just as long – or longer.

Researchers involved with this study did not mention any on-going human study to test the possible long-term effects of BPA exposure on humans. BPA is not a new chemical (it was invented in 1891) but it is a relatively new addition to plastic. It wasn’t until the 1940s and 1950s that scientists used BPA in plastic. That means we don’t have four generations of humans to test as they simply have not been born yet.