Egg Donation Pregnancy Risk the Same for All Age Groups 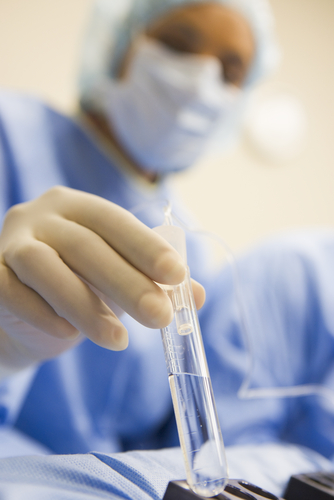 There are significant pregnancy risks for women over the age of 50 who use assisted technologies to achieve pregnancy, but according to a new study published in the American Journal of Perinatology, the risks are no greater for women over 50 than women under 50. The study is considered the largest of its kind performed through a single infertility center.

Researchers gathered pregnancy information from 101 women over the age of 50. The pregnancy records were compared with women under the age of 43. In terms of pregnancy risk, both age groups suffered the same complications at the same rate. All women received egg donation implantation from the same fertility center, but not all pregnancy care was performed by the clinic.

Egg donation is used when women cannot become pregnant using their own eggs; due to a variety of reasons. The eggs are harvested from donors who undergo fertility treatments after passing a series of medical checks. For the sake of the study, pregnancy records were scanned for delivery weight, gestational age at delivery, delivery method and perinatal complications. When the two age groups were compared, researchers noted parallel rates of hypertension, gestational diabetes, early delivery and c-section delivery.

There were two significant health cases in the 50 and over age group. One required a hysterectomy delivery at 29 weeks and the other patient died from cardiac arrest in the first three months of pregnancy. The death was associated with habitual smoking not revealed to the center during medical screening for egg donation pregnancy risk.
According to researchers, all women who undergo egg donation implantation are at increased risk of certain pregnancy risks, including increased blood pressure and increased risk of cesarean delivery, but the risk rate is no higher in older women than younger women.

Daniel Kort, one of the study authors, believes society questions late in life pregnancies more than science. “Although many social and ethical questions surround the use of assisted reproductive technology by this age group, the current study confirms the high success rate and relative safety of such pregnancies in well-cared-for women.”