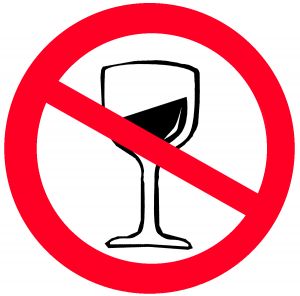 Diagnosing fetal alcohol syndrome is not easy in all cases. Many times the attending pediatrician relies on information provided by the mother, including self-reporting alcohol intake. If the mother feels guilty about drinking alcohol during pregnancy or she fears she will lose custody of her infant if her drinking is revealed, she may choose to lie about drinking during pregnancy. However, those lies may soon fall on deaf ears as researchers have found evidence of gestational alcohol intake in the first infant bowel movement.

Researchers can measure fatty acid ethyl esters (FAEEs) in fetal meconium to reveal whether or not the mother drank alcohol in the second or third trimester. The study was completed in Italy, where researchers found women reported drinking far less than actual. The results of the study won’t be published until March 2012 in Alcoholism: Clinical & Experimental Research.

Many mothers may believe that alcohol only affects the fetus while it is affecting the mother, but this is not the case. When a mother drinks alcohol while pregnant, FAEEs are formed. The FAEEs collect in baby’s first bowel movement called meconium. Meconium is nothing more than a collection of dead cells and amniotic fluid.

Research was conducted on 607 meconium samples in Italy. Samples were collected from public hospitals in Verona, San Daniele del Friuli, Reggio Emilia, Florence, Rome, Naples and Crotone. When the meconium was tested for the presence of FAEEs, researchers were surprised by the results. About 8 percent of newborns were exposed to alcohol in the womb. In some areas the alcohol intake measured 0 percent and in others up 29 percent of samples tested positive for alcohol. In all cases, maternal reporting of alcohol intake was far less than the tested results.

Gideon Koren, professor at the University of Toronto, was not surprised by the study results.” In general, Europe has been very delayed in seeing the size of the epidemic of FASD. Europeans are proud that, unlike Americans 'they know how to drink.' Fetus wise, this is not the case. They have a huge issue that they have tended to ignore.”

The results of the study could lead to a wide-scale education effort in countries where beer and wine are considered foods – not controlled beverages. Teaching (or convincing) pregnant women they need to stop drinking during pregnancy may be a more difficult task in these countries.