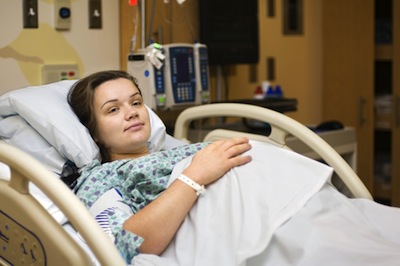 Researchers at the University of Adelaide have completed an international study into possible risk factors for premature birth. Premature or preterm birth is considered one of the most avoidable pregnancy complications – in some cases. Lifestyle choices and environmental factors can all contribute to an early end to your pregnancy. In this study, researchers revealed a strong connection between marijuana use and premature birth.

More than 3,200 women from Australia, Auckland and Adelaide participated in the study. About 95% of the women who started the study were included in the final report. All women were pregnant with singletons. There were no multiples born to women included in the study. Some of the risk factors that contribute to increased chances of giving birth early include a family history of low birth weight infants, maternal history of preeclampsia and maternal history of type 1 or type 2 diabetes. Also on the list was marijuana use. Women who used marijuana during pregnancy were two times as likely to spontaneously go into labor well before their due date.

While marijuana use was included in the report, which was published in the medical journal PLoS ONE, it was mild hypertension that increased the risk the most. Women with mild hypertension that does not require medical intervention are 10 times more likely to suffer preterm birth. That number is completely astounding, but not unexpected – hypertension has been reported in other studies as a possible risk factor for premature birth.

At the conclusion of the study researchers noted that no markers were revealed from the data collected. Only 156 women in the study suffered preterm birth, which is about 5% of the participant pool. Researchers took many possible risk factors into consideration for the study, but it is likely some women suffered early birth due to risk factors no mentioned in the literature. Maternal age and use of illegal drugs prior to conception could be contributing factors to early delivery.

Use of marijuana and other illegal drugs before, during and after pregnancy is dangerous. Women suffering from drug addiction should talk with their obstetrician for information on drug recovery programs. Even if the pregnancy is does not end in early birth, there are complications and birth defects associated with drug use during pregnancy. These can be avoided to the risk lessened if drug use is eliminated while pregnant.