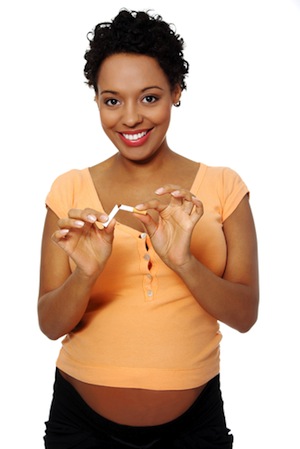 Pregnant women are warned about the effects of smoking during pregnancy from the first obstetric visits. While smoking can cause premature birth and reduced birth weight, it now appears there is a long-term risk to worry about as well. According to research completed at UCSF and published in The Journal of Allergy and Clinical Immunology – pregnant women who smoke are more likely to have teens who suffer from asthma.

The research study focused on Latino and African American women. About 2,500 women were part of the study. Children born to women who chose to smoke during pregnancy were more likely to suffer asthma between the ages of 8 and 17, according to researchers. Elements like economic status and education level were taken into consideration and the increased risk was still present. Risk increased by about 50-percent.

Aside from the clear medical implications, there are also financial implications. It is estimated that about $55 million per year is spent on medical care associated with asthma. This includes medical expenses, missed work and missed school. Researchers have associated maternal and paternal smoking after birth with asthma problems, but this is one of the first studies to look deep into the impact of maternal smoking during pregnancy and long-term effects on the infant.

In some studies, the timing of exposure is important; exposure during the first trimester may cause more severe effects than exposure during the third trimester. When it comes to smoking while pregnant, however, the timing of exposure does not appear to be important. However, researchers did find that women who chose to smoke for their entire pregnancy were more likely to have children who suffered the most acute asthma problems.

Researchers hope to focus smoking cessation programs on Latino and African American populations starting early to help prevent increased risk during pregnancy. Statistics state that current smoking cessation programs are only slightly effective for the Puerto Rican and African American populations at about 32-percent effectiveness. By contrast, the Mexican population managed to stop smoking in more than 70-percent of cases by the second trimester.