Starvation During Pregnancy Linked to Cardiac Side Effects 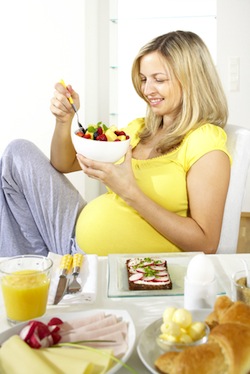 During World War II, Leningrad was seized by opposing forces in the war. Residents faced extreme starvation, including pregnant women, infants and children. Researchers studied the effects of extreme starvation in pregnancy and early childhood using this time frame. The study, which was delivered at the FCVB (Frontiers in Cardiovascular Biology) meeting in London, revealed that intrauterine growth restriction (IUGR) may cause an increased risk of cardiovascular damage and other heart-related conditions.

David Barker, a researcher, first recognized the link between IUGR and cardiac disorders in 1989. According to his research findings, IUGR caused lower than normal birth weight and changed the overall structure of the heart - physically. Specifically, the heart appeared “less elongated and more globular.” The change in shape causes the heart to pump faster to move blood efficiently throughout the body. As the heart pumps harder and faster, the risk of cardiovascular side effects increase.

Nearly three million people, including 500,000 children, were part of the siege. The largest rations of bread, about 300 calories worth, were given to workers. The remaining people received a ratio of bread equal to about 150 calories per day. More than 600,000 people died from starvation during the siege. Telomere length was measured in people born just before the siege started and those born during the siege. Researchers believe telomere length, which was significantly shorter in siege victims, could be used to measure potential for cardiovascular risk.

Also presented at the FCVB meeting was a research study by a Spanish team that attempted to “fast-track” possible treatments for the heart-related complications associated with IUGR. The team used the fact that IUGR caused cellular adaptations or changes. With these changes pinpointed, the team suggested treatments could be used to prevent heart-related side effects during times of poor nutrition, including extreme dieting or times of extreme food shortages.

It is extremely important not to diet during pregnancy. If you do not have food to eat, contact a local shelter or a food bank for immediate help. Eating sufficient calories during pregnancy is crucial for the health of the fetus. Pregnant women should talk with their obstetrician about the proper number of calories they should consume during pregnancy.