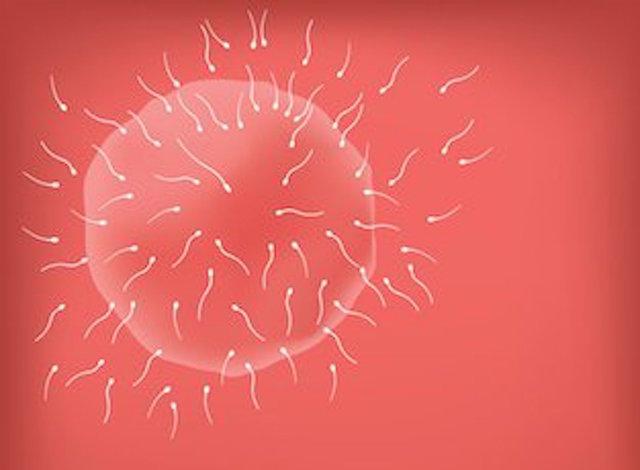 During week 2, you are not yet technically pregnant but should know about ovulation and fertility symptoms. At the end of pregnancy week 2, ovulation usually occurs and during the last 5-6 days of the end of this week, you should get pregnant from having sex. It is generally recommended to have sex regularly every 1-2 days during pregnancy week 2, but no more than once a day.

Typical ovulation signs and symptoms happen during pregnancy week 2 and include "mittelschmerz" (German for pain in the middle) and cramps which signal the ripening of the egg in preparation for ovulation. If conception does not occur, then the unfertilized egg will simply wash out of the body through the cervix. If conception does occur, the egg continues to travel until it reaches the uterus, on average 9 days (6-12 days range) after fertilization/ovulation. If conception occurs, there may be a bit of bleeding aka implantation bleeding and cramping associated with the egg implanting in the uterus, but many women never notice. However, it is a huge sign that the fertilized egg has implanted and is ready to grow.

Dad is still thinking about having a baby, conceiving a baby and what it means to be a father. Many changes are going on in his body, too. Changes include sperm being produced every day with millions of happy swimmers ready to meet the egg. His ejaculate has to contain at least 10-20 million healthy sperm for fertilization to happen. Dad needs to stay away from bad drugs and alcohol to improve his ability to produce enough healthy sperm for fertilization. It only takes one sperm to create a baby, but occasionally more than one sperm will reach the egg at the same time. If that occurs, twins can happen.

Tips for this week

—Exercise is another huge benefit during pregnancy, so if you have not started an exercise program now is the time to start. Even after conception, exercise is allowed in most cases up until birth. Yoga and walking are perfect pregnancy exercises.