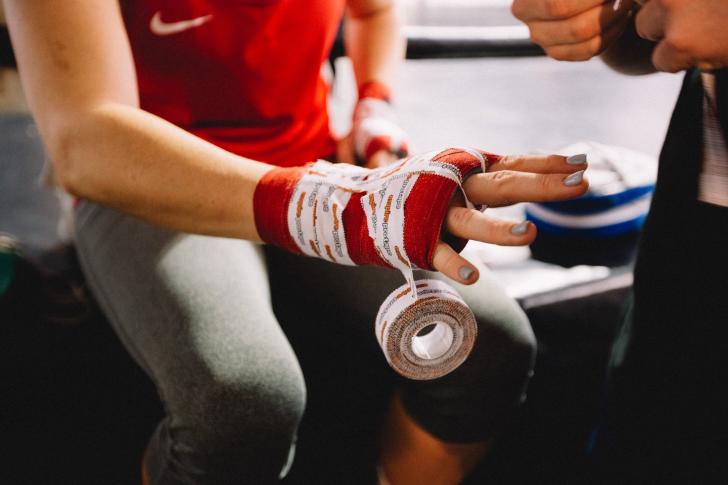 What are mixed martial arts?

Mixed martial arts is a combination of sports and exercises including boxing, jujitsu, kickboxing, judo, wrestling, and more. It is a regulated full contact sport and as you can guess, it works out multiple muscles in both the upper and lower body. Mixed martial arts participants go through extensive training to master each of the martial arts involved so being sidelined for any reason can be disappointing, even if it is a wonderful event such as pregnancy.

Mixed martial arts pose their own risk of danger during pregnancy and are not recommended.

Since the risk of injury to you and your baby is just too high when involved in one-on-one combat matches, most doctors recommend not participating in mixed martial arts matches while pregnant.

However, mixed martial arts are a little different than most other sports because it may involve different areas of training. Perhaps you can change your training schedule to focus on less combative activities. For example, you may be able to tailor your training and workouts to learn boxing, which can be less combative as long as you are striking a punching bag and not an opponent who can fight back.

Boxing is an ideal stress reliever and you not only get some cardio in but you also build arm muscle. Many women can benefit from strength training, especially as you age and muscle strength naturally lessens.

What if I am already trained in mixed martial arts?

If you have never trained in martial arts before and haven’t experienced the power and strength required, pregnancy is not the best time to start. However, if you’re an experienced martial arts enthusiast and would like to continue training, speak with your doctor/midwife and see if they advise you to continue. If so, perhaps you can make some modifications to your usual routine with your trainer.

There is some debate on when a woman should stop participating in mixed martial arts entirely during her pregnancy or if she should even participate at all. The best course of action is to ask your doctor or midwife for advice regarding any exercise program or sport you would like to play during pregnancy.