Sign up for the waitlist for our new app, Obie!
Women's Health » Cancer

Other common symptoms of endometrial cancer include: 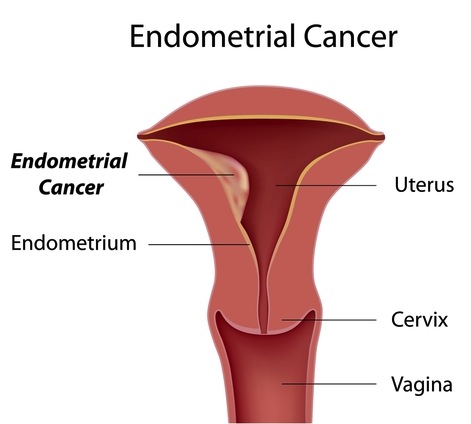 A woman may also experience pain when urinating or pain during sex as a symptom. Keep in mind that these symptoms could be caused by endometrial cancer, but they may also be caused by other health issues.

It is important for a woman experiencing any of the symptoms above to consult with her doctor right away so that any underlying medical issue can be diagnosed as early as possible.

As is common in many cancers, weight loss could also be an initial symptom of uterine cancer.

Endometrial Cancer Symptoms as You Age

As women age, it is more important than ever to pay attention to the above uterine cancer symptoms. The risk of endometrial cancer increases with age. Other risk factors that contribute to endometrial cancer include irregular menstrual periods, diabetes, obesity, and never having been pregnant.

Women between the ages of 50 and 75 years old who are at risk for endometrial cancer and experience any of the above symptoms should make an appointment with their doctor immediately.

It is important that the above uterine cancer symptoms are not overlooked. Many women don’t give a second thought to heavy vaginal bleeding before menopause, but it still could be a precursor to endometrial cancer.

If a woman experiences any abnormalities in her menstrual cycle before menopause or abnormal bleeding after menopause, she is encouraged to visit her doctor immediately since it could be a sign of a more serious issue.

The above symptoms of endometrial cancer do not guarantee that a woman has the disease, but it is still important that all symptoms are taken seriously so that a woman can receive immediate medical treatment. The earlier that uterine cancer is detected, the easier it is to treat and even cure completely.

If you have risk factors for endometrial cancer, as well as a family history of the disease, your doctor may already be keeping a close eye on your health to detect any warning signs of cancer. If you have experienced any of the above symptoms, it is imperative to bring them to your doctor’s attention so that you can be tested for endometrial cancer and receive immediate treatment if necessary.