Is It Safe To Wrestle During Pregnancy? 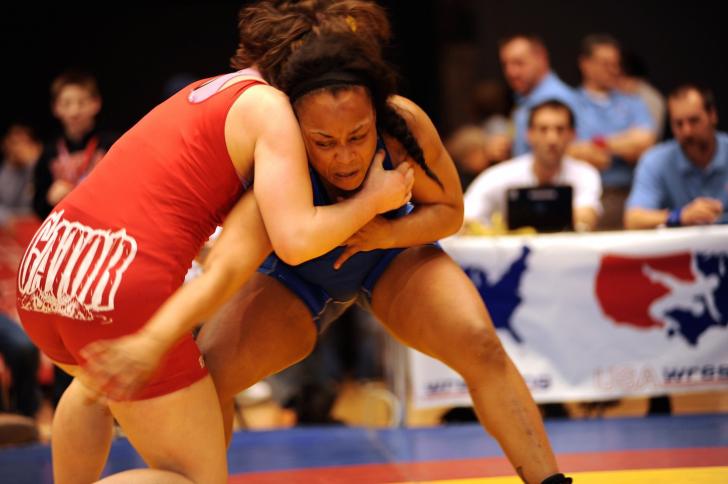 Wrestling classes have become increasingly popular as new ways to get fit continue to grow in gyms around the world. The newfound interest in women’s wrestling is likely boosted by the professional women’s wrestling personalities on TV and in arenas. Even when at the top level of wrestling as a career, professional female wrestlers will take an immediate leave of absence when they discover they are pregnant. Wrestling as a sport is just too unsafe to take a risk during pregnancy.

While most exercise is safe in moderation while you are trying to conceive and during pregnancy, wrestling is not. Wrestling poses its own risk of danger during pregnancy. According to the recommendations of the American College of Obstetricians and Gynecologists, "Those activities with a high risk of falling or for abdominal trauma should be avoided during pregnancy."

Wrestling as a sport is just too unsafe to take a risk during pregnancy.

Since the risk of injury to you and your baby is just too high when involved in one-on-one matches that involve striking, bending, and jumping, most doctors recommend refraining from wrestling while pregnant.

However, there are many sports which you can continue to participate in while pregnant which are much less combative. For example, boxing is an ideal stress reliever and you not only get some cardio in but you also build arm muscle. Boxing classes also foster mental strength, independence, and defense training. If you box during pregnancy, only do it without anyone hitting you. Most women can benefit from strength training, especially as you age and muscle strength naturally lessens. Staying toned or getting toned during pregnancy will help you get back into shape quicker after the baby is born. Remember muscle burns fat so the more muscle, the better.

There is some debate on when a woman should stop participating in many sports during her pregnancy or if she should even participate at all. The best course of action is to ask your doctor or midwife for advice regarding any exercise program or sport you would like to play during pregnancy.