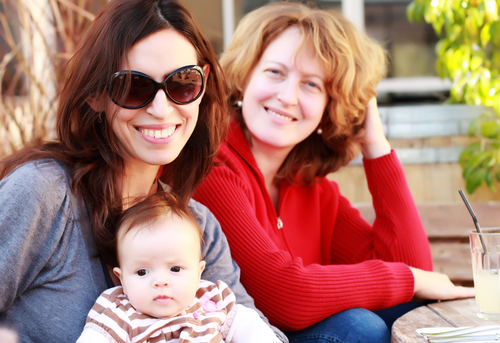 Adoption was unknown at common law and therefore in the United States it required statutory authorization.  The first adoption statute was not enacted until 1851, in Massachusetts.  The question in the twenty-first century is not whether to recognize legal parentage in the absence of biology but when to do so.

A new family form developed starting in the late 1970s, which was when lesbians and gay men began giving birth to and adopting children in the context of same-gender relationships, using advances in reproductive technology and changes in adoption options to accomplish these aims.   This has been referred to in the lesbian, gay and bisexual community as the gay-by boom.

Because of the growing need for adoptive homes and the growing numbers of same-sex parent families who want to adopt, there has been a dramatic decrease in anti-gay discrimination on the part of adoption agencies and courts.  With respect to individual adoptions, every state permits unmarried individuals to adopt; however, Florida, by statute, categorically prohibits lesbians and gay individuals from becoming adoptive parents.  In general, the “best interests of the child” is the standard used for approving a same-sex adoption, but, as one commentator noted judicial reaction can range from supportive acceptance to overt hostility.  (In New York, administrative regulations prohibit the denial of an adoption solely on the basis of the applicant’s marital status or sexual orientation).

One of the first second-parent adoptions was in Alaska, and it was actually a third-parent adoption, in which the judge granted an adoption to the mother’s partner without terminating the parental rights of the child’s biological father.

Second-parent adoptions give children of same-sex parents legal security.  They become entitled to financial benefits, including inheritance rights, wrongful death and other tort damages, Social Security benefits, child support and health insurance coverage.  In addition, second parent adoptions protect the rights of the same-sex parent who is the non biological parent in that the relationship will be legally recognized if the couple separates or if the biological or original adoptive parent dies, becomes incapacitated or is incarcerated.

In those states where second-parent adoptions are not recognized, it is recommended that same-sex couples prepare backup documentation to help ensure that the parent-child relationship will be legally recognized because the question of whether other states must recognize adoptions by same-sex couples is still unsettled.  These documents would include a shared or co-parenting agreement and a nomination of guardian and powers of attorney.