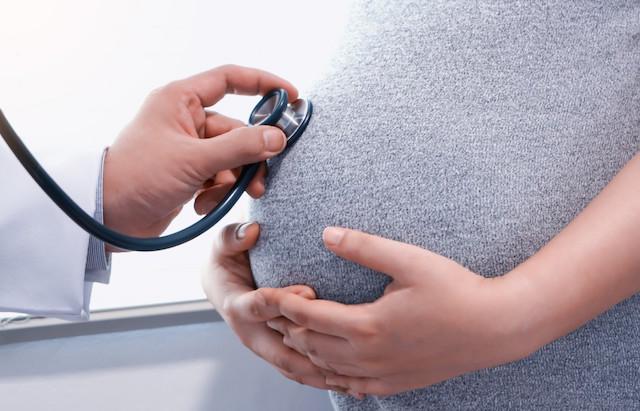 Syphilis is a sexually transmitted infection or STI, that is fairly uncommon during pregnancy in the United States. The organism responsible for syphilis is a sprirochete called 'Treponema pallidum".

Who is at risk of syphilis during pregnancy?

STIs are passed from one partner to the other. The carrying partner may not have any symptoms of infection, but infection can be passed nonetheless. Men and women with multiple or non-monogamous sexual partners are at an increased risk of syphilis. If you are in a monogamous relationship, your risk of syphilis falls dramatically.

If syphilis is detected in the first or second stages, it can be cured. If the condition goes untreated and moves to the third stage, symptoms may not appear for 30 years or more. When symptoms reappear, they can cause loss of vision, loss of hearing, psychosis, heart abnormalities, and death.

The screening test for syphilis is called the VDRL (Venereal Disease Research Laboratory) test. If it's negative, then you do not have syphilis. If the VDRL is positive, that means you had a positive syphilis screen test, and another test will be done to confirm if you truly have syphilis or not. The reason another test is performed is to check for a potential "false-positive" VDRL test. A "false-positive" VDRL test shows to be positive when you do not actually have syphilis. The test to definitively diagnose syphilis is a confirmatory FTA-ABS test. If the FTA-ABS test is positive, then there is syphilis present. If the FTA-ABS is negative with a positive VDRL, then the VDRL is considered "false-positive", and your doctor may do additional tests for conditions that are known to be associated with a false-positive VDRL.

Symptoms of syphilis during pregnancy

Syphilis is a progressive infection with different symptoms for each progressive stage. There are also variable symptoms from one person to another, which means there is no fixed set of symptoms that all pregnant women will suffer from when infected with syphilis. The most common symptoms a pregnant woman may experience are:

Treatment for syphilis during pregnancy

If the infection is caught in the early stages, it can be treated with penicillin. There are other antibiotics commonly used to treat syphilis infections, but none are safe for use during pregnancy. Your partner will also likely be treated for syphilis, especially if he or she has tested positive for the infection. After the course of antibiotics is complete, you will undergo a blood test to ensure the infection has cleared. An ultrasound may also be scheduled to check on the condition of the fetus. Common effects of syphilis infection on the fetus include:

Symptoms at birth may include:

If the condition is not treated in the early stages, symptoms may disappear for a lengthy period of time. When symptoms reappear, the condition will likely be advanced to the point where antibiotics will not be effective.