Birth Rates at Their Lowest in 32 Years 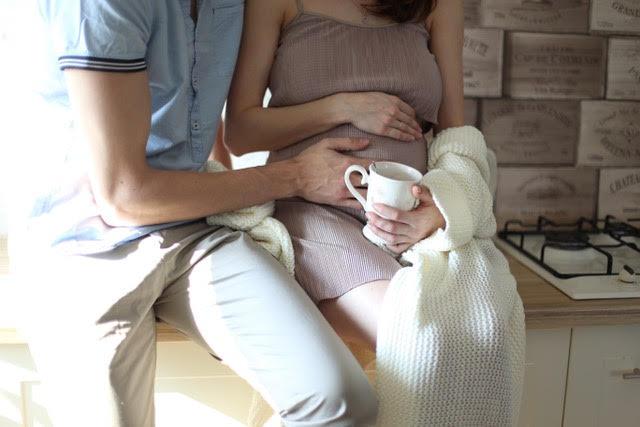 Good news on the teen front

The CDC statistics show that birth rates declined for nearly all age groups of women under 35, but rose for women in their late 30s and early 40s. Teenagers are the age group with the biggest drop in birth rates, likely due to ongoing sex education in the classroom in order to prevent pregnancy as well as sexually transmitted diseases. The availability of birth control is likely another influence. The birth rate for teenagers aged 15–19 was down 7% in 2018. Rates declined for both younger (aged 15–17) and older (aged 18–19) teenagers.

Probably the best news from this report shows that the pregnancy rate for women age 35 and older is increasing. With more women waiting until they are more settled in their career, trying to conceive well into their 30s and 40s, and taking advantage of fertility treatments such as IVF, the birth rates for this group continue to be on an upswing: 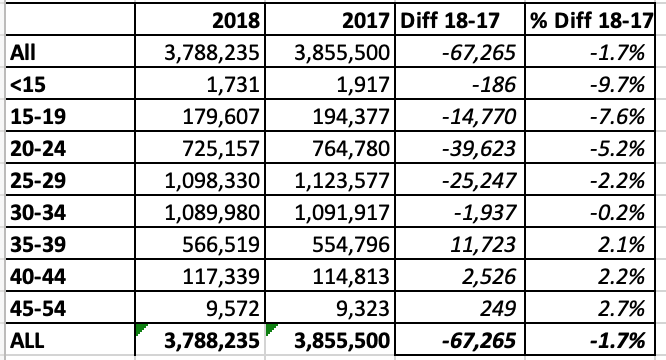 The so-called "low-risk" cesarean delivery rate also decreased in 2018 to 25.9% of births from 26.0% in 2017. A low-risk cesarean is a cesarean delivery among nulliparous (first birth), term (37 completed weeks or more based on the obstetric estimate), singleton (one fetus), vertex (head-first) births.