Turn to Yoga During Pregnancy for Less Stress 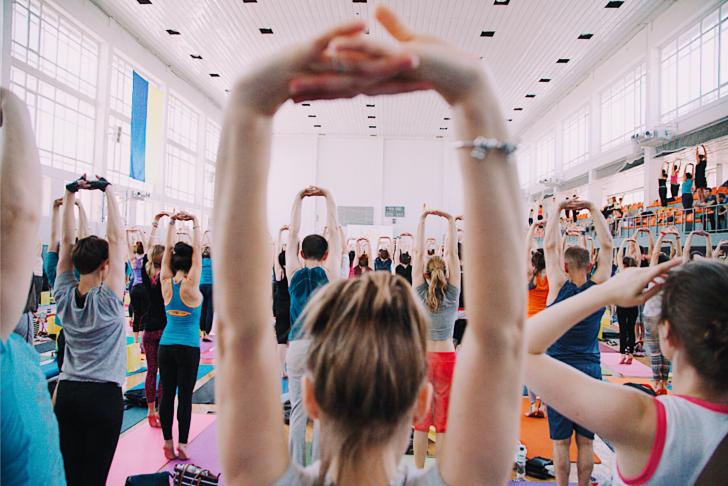 Pregnancy can be one of the most joy-filled stages of life but many women are too stressed out to enjoy it to its fullest. Many doctors suggest yoga to their anxiety-ridden pregnant patients but few studies have actually documented the stress-reducing effects, if any, of yoga during pregnancy.

A team of British researchers has just published the results of a study that does indeed document the stress-reducing benefits of yoga during pregnancy. The study is the first of its kind in the United Kingdom and the first from anywhere in the world that investigates the calming effect of yoga after a single session and its cumulative effect after multiple sessions.

Dr. James Newham, who led the study, says anxiety levels reach peaks during the first and third trimesters. He attributes the first-trimester stress to worries about the health of the baby and fears of early miscarriage. Physical discomforts and worries about the impending childbirth raise stress levels again as pregnancy nears an end.

Newham’s study involved 59 women pregnant with their first child. All pregnancies were considered low risk. The women were randomly chosen to be in one of two study groups:

At the beginning and end of the study period, each woman completed questionnaires designed to assess her general emotional state and any anxiety specifically related to pregnancy. The women in the yoga group were tested at the beginning and the end of the first yoga session for anxiety and stress hormone levels in the bloodstream. The hormone test was repeated after the last session of yoga.

After just the first yoga session, the women reported a one-third reduction in anxiety levels. Their stress hormone levels dropped an average of 14%. This same level of stress reduction was documented in the last session of the 8-week study period, indicating the calming effect of yoga is immediate and continuous. Previous studies of various other forms of stress reduction during pregnancy found an initial benefit but, over time, anxiety levels reverted to pre-study levels.

The women in the yoga group reported other benefits besides stress reduction:

Women who experience high levels of stress and anxiety during pregnancy are more prone to postpartum depression, which increases their risk for depression later in life. Babies born to stressed-out mothers risk premature birth, low birth weight, and are more likely to experience behavioral and developmental problems from early childhood to adolescence.