Raw Sprouts During Pregnancy - Are They Safe? 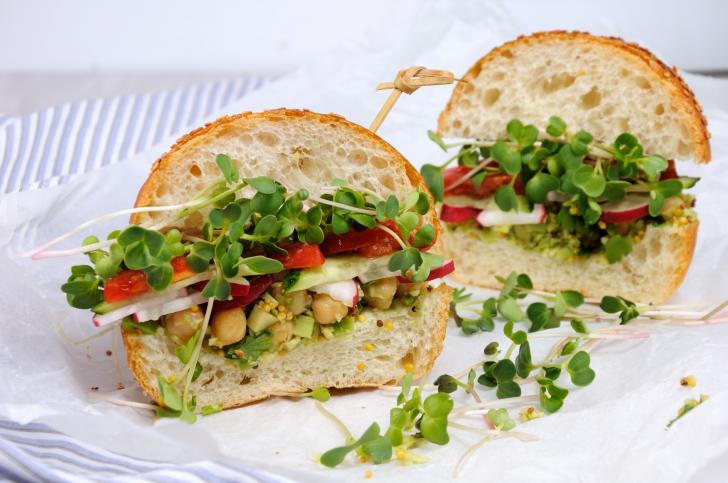 We all know raw sprouts are full of nutrients. Raw sprouts are delicious to munch and they are also loaded with nutrients. They had been quite popular amid the health-conscious. However, they also carry harmful bacteria which can have ill effects on pregnancy health.

Raw sprouts should not be consumed by pregnant women because of the potential health hazards they pose. Restaurants generally serve sprouts on sandwiches or salads. Make sure you ask them to serve such dishes without raw sprouts.

Raw sprouts like alfalfa can be an e-coli bacteria hazard. Raw sprouts like clover, radish, and beans can lead to salmonella - a disease caused by the bacteria residing on the sprouts. The recent salmonella outbreak from raw alfalfa caused a warning to the public to stop consuming these raw sprouts. A single sprout can contain a highly infectious dose because the salmonella proliferates rapidly. The disease springs from the contaminated seeds when consumed.

The seeds are stored in dry conditions wherein the bacteria remain dormant, but once they are sprouted in a warm environment the bacterial growth gets activated. E-coli and salmonella bacteria cause diarrhea, nausea, abdominal cramping and fever and other serious illnesses in pregnant women. When these bacteria are passed on by the expecting mother to the fetus, after birth the baby may develop diarrhea, fever, and meningitis.

Rinsing sprouts will not help to remove the bacteria. Even homegrown sprouts present risks of ailments if they are eaten raw or lightly cooked. In fact, they are riskier than commercially produced raw sprouts because they are not disinfected by home growers in the same manner as commercial farmers sanitize their sprouts.

Raw sprouts should be avoided completely as pregnant women have weaker immune systems and are more at risk of developing the foodborne diseases spread by these sprouts.