Should You Eat Red Meat During Pregnancy? 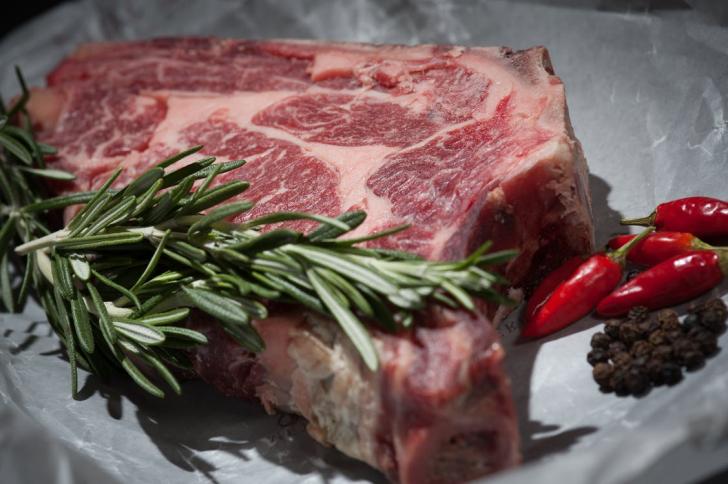 Meat is a great source of protein- an essential nutrient that every woman must be sure to consume in adequate amounts during pregnancy. However, when it comes to red meat, there is no shortage of research highlighting why this protein source is not optimal for pregnant women and the general population alike.

A large study done by researchers at the Harvard School of Public Health found that one additional daily serving of unprocessed red meat (such as steak or hamburger) in participants’ diets raised the risk of total mortality by 13%. When adding an extra serving of processed red meat (such as bacon, hot dogs, sausage, or salami) the risk was raised by 20%. This is a good reason for anyone to cut back on their consumption of red meat.

Another recent study has shown why it is important for pregnant women to reduce their red meat intake to benefit the health of both themselves and their growing babies. The study looked at data for the Nurses’ Health Study II cohort between 1991 and 2001 and included pregnancies free of previous gestational diabetes (GDM) or other chronic diseases. The researchers found that women with the highest intake of animal protein had a much greater risk of developing GDM than those with the lowest intake. Findings showed that substituting 5% of animal protein for vegetable protein could cut the risk of GDM in half. The study also showed that the substitution of red meat with poultry, fish, nuts, or legumes demonstrated a significantly lower risk of GDM.

The recommended daily protein requirement for pregnant women is around 71 grams per day which should be obtained as an average over the course of a few days or a week. To get this amount, women who have a preference for meat should try to eat at least five ounces of lean meat and legumes daily (up to 6 ½ ounces in the third trimester). This equates to two 3oz servings of meat, poultry, or fish- with each 3 oz serving being about the size of a deck of playing cards. And for vegetarian women, enough protein can easily be obtained by consuming beans, nuts, tofu, and the recommended three daily servings of low-fat dairy. As new research shows, this plant-based diet is recommended as a healthier way of eating than one that includes more animal protein- especially from red meat. To find the grams of protein in certain foods, go to the USDA nutrient database and search for the item.

Food ideas to increase the odds of a GDM-free pregnancy: