Follow us on Instagram
Our app takes the guesswork out of getting pregnant. Get Obie for iOS Now!
Labor & Delivery

First-Time Fathers and the Delivery Room 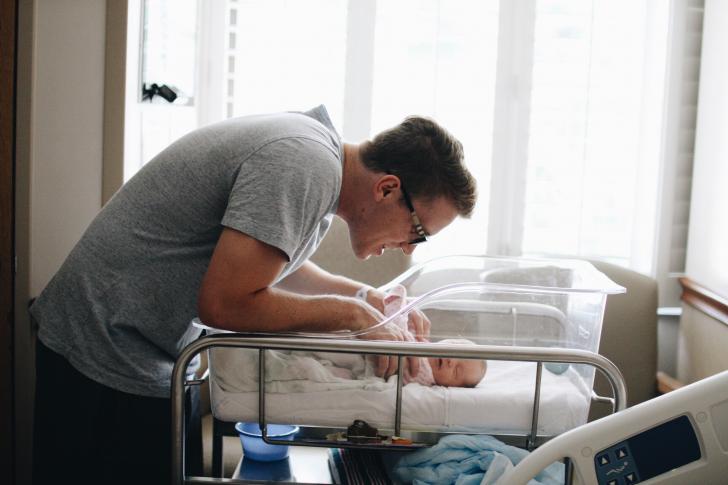 Euphoria, agony, and everything in between. Back and forth, for hours. Those are the emotional memories of ten fathers participating in a Swedish study of first-time fathers in the delivery room.

The objective of the study was to document the experience of childbirth through the father’s eyes. Ten men, each becoming a father for the first time, were asked to re-enact their delivery-room experience and answer open-ended questions describing their experience.

These men became fathers at two hospitals in southwestern Sweden in 2008. Almost all childbirths in Sweden are attended by midwives, not physicians. The study was conducted by researchers at the Institute of Health and Care Sciences at the Sahlgrenska Academy, Goteborg University, in Goteborg, Sweden.

The experiences of the new fathers were found to revolve around four central themes:

Overall conclusions of the study indicate a mutually shared experience in which the father was heavily involved in the baby’s birth. The midwives working with each couple were reported to be very cooperative of the father’s engagement in the process of childbirth.

The presence of the father and his support and care for the mother throughout the delivery were found to be fulfilling for both partners although some aspects of the experience were particularly painful for the fathers. They cite their biggest emotional difficulties were associated with the following areas:

The research team concludes that a father’s participation in the birth of his child is a mutually rewarding experience for the couple. For the best outcome, the father needs to be recognized and included as a valuable part of the birthing team and as a new parent, too.

Read More:
Getting Dad Prepared for Fatherhood
How to Be a Good Father to Your Baby
How to Celebrate the Dads in Your Life