No Alcohol Consumption Is Safe During Pregnancy 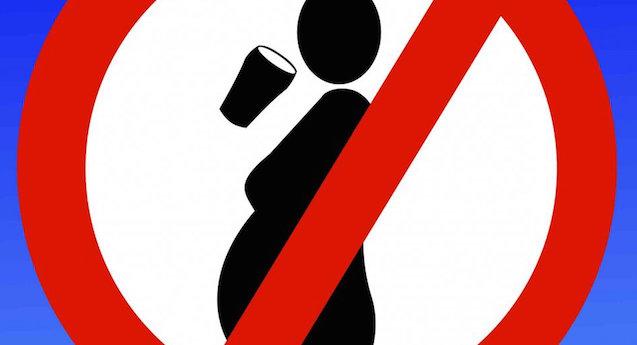 Fetal Alcohol Syndrome (FAS) is a condition that affects the growing fetus when a pregnant woman consumes alcohol during pregnancy. Possible negative effects on the fetus may include reduced height and weight growth compared to infants not affected by FAS.

Pop Quiz: How much alcohol can a pregnant woman safely drink during pregnancy?

a) Having an occasional drink with dinner is fine.
b) It's OK to drink, but only later in pregnancy.
c) There is no safe amount.

Researchers from the University of California, San Diego, attempted to collect unbiased, reliable information about alcohol consumption during pregnancy to reinforce the results of previous FAS studies. In the past, studies on FAS were often determined flawed because mothers were expected to give honest answers to questions about alcohol consumption during pregnancy after learning the outcome of the pregnancy (and whether or not the infant was affected by FAS.

To remove the social stigma and collect more accurate data, researchers paired with counselors who developed a relationship with the woman in the study. The relationship was built on the fact that all information collected would not be connected to the pregnant mother – as it would be reported anonymously. Information was collected during the pregnancy, as alcohol consumption occurred and before the effect of alcohol consumption on the fetus was revealed, post-partum.

For the purpose of the study, the researchers used data collected from nearly 1,000 women between 1978 and 2005. Each woman had given birth to a single infant in California. Infants in the study were evaluated by a dysmorphology expert. The expert evaluated infants for more than 72 characteristics, some of which pertained to the study. Using a large number of variables prevented the expert from focusing on FAS characteristics.

After the conclusion of the study, experts reported the following: