Track your fertility to get pregnant faster!
Infertility

Signs and Causes of Infertility in Women 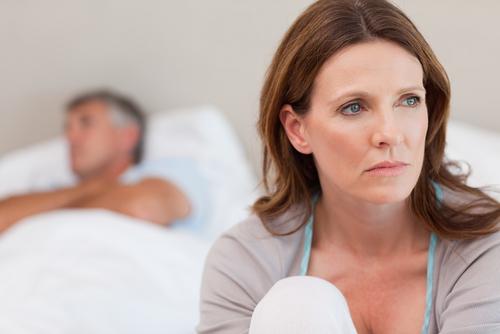 Pregnancy happens in about 80-85% of couples within 12 months of trying to conceive, and in about 15-20% of couples, it takes longer than one year in order to get pregnant. Couples that are unable to get pregnant within 12 months of trying are generally considered to be infertile. Studies show an equal distribution of infertility causes among women and men. Infertility is caused by female factors alone in about 1/3  of all infertility cases, by male factors alone in another 1/3, and combined in 1/3 of all cases. In about 10-15% of cases no specific cause can be found (unexplained infertility).

The main sign and symptom of infertility in women (and men) is not getting pregnant after intentionally trying for a certain amount of time by having regular intercourse on a regular basis. Most women do not have any other specific symptoms, but that can also depend on what is causing infertility.

Changes in the menstrual cycle and ovulation, such as not having regular menstrual bleeding or ovulation, may be the main symptom of a condition related to infertility.

The main infertility symptoms include:

There are many potential causes and symptoms of infertility in women, and their symptoms vary. Here are some more infertility symptoms:

Female infertility may also be related to certain hormone problem (especially PCOS) and symptoms can also include:

Without ovulation, eggs are not available to be fertilized. Signs of problems with ovulation include irregular menstrual periods or no periods. One major cause of ovulation problems is Polycystic ovary syndrome (PCOS).
Depending on the actual cause of the problems, simple lifestyle factors - including stress, diet, or athletic training - can affect a woman's hormonal balance. Much less often, a hormonal imbalance from a serious medical problem such as a pituitary gland tumor can cause ovulation problems.
Ovulation problems result when one part of the system that controls ovulation malfunctions. This system includes the hypothalamus (an area of the brain), pituitary gland, adrenal glands, thyroid gland, and genital organs.

For example, the ovaries may not produce enough progesterone, the female hormone that causes the lining of the uterus to thicken in preparation for a potential fetus. Ovulation may not occur because the hypothalamus does not secrete gonadotropin-releasing hormone, which stimulates the pituitary gland to produce the hormones that trigger ovulation (luteinizing hormone and follicle-stimulating hormone). High levels of prolactin (hyperprolactinemia), a hormone that stimulates milk production, may result in low levels of the hormones that trigger ovulation.

Prolactin levels may be high because of a pituitary gland tumor (prolactinoma), which is almost always noncancerous. Ovulation problems may be due to polycystic ovary syndrome, thyroid gland disorders, adrenal gland disorders, excessive exercise, diabetes, weight loss, obesity, or psychologic stress. Sometimes the cause is early menopause - when the supply of eggs has run out early.

The inability of the fertilized egg to implant in the uterus will lead to female infertility. Normally, mucus in the cervix (the lower part of the uterus that opens into the vagina) is thick and impenetrable to sperm until just before the release of an egg (ovulation). Then, just before ovulation, the mucus becomes clear and elastic (because the level of the hormone estrogen increases). As a result, sperm can move through the mucus into the uterus to the fallopian tubes, where fertilization can take place. If the mucus does not change at ovulation (usually because of an infection), pregnancy is unlikely. Pregnancy is also unlikely if the mucus contains antibodies to sperm, which kill sperm before they can reach the egg.

A woman's age is the single most important factor affecting a woman’s fertility. As she matures, the chance for pregnancy decreases and the odds for miscarriage increase. At 25, a woman has a 25% of becoming pregnant during unprotected sexual intercourse. This percentage begins to decrease between the ages of 32 and 34. After that, the decline is steady so that the chance for pregnancy is only 5 to 10% per menstrual cycle after a woman reaches age 40. Although older women may be more likely to experience scarring and blockages caused by endometriosis or other medical conditions, these are not significant contributors to infertility. Instead, infertility often is the result of age-related changes occurring in the reproductive hormones that stimulate egg development, trigger ovulation, and support pregnancy. Perhaps most important is the depletion of a woman’s ovarian reserve - the eggs she is born with. During her reproductive years, some eggs never mature and others are released during her menstrual cycles. Those remaining age with her and the older she is, the more likely they are to have hard shells (zona pellucida) that keep sperm from penetrating or genetic defects that prevent fertilization or cause miscarriage. When the store of healthy eggs is depleted, menopause occurs.

Pelvic Inflammatory Disease (PID) is the most common cause of infertility worldwide. It's an infection of the pelvis or one or more of the reproductive organs, including the ovaries, the fallopian tubes, the cervix or the uterus. Sometimes PID spreads to the appendix or to the entire pelvic area. PID usually stems from the same bacteria that cause sexually transmitted diseases, such as gonorrhea or chlamydia. Chlamydia, in fact, causes 75 percent of fallopian tube infections. PID may also develop from bacteria that reach the reproductive organs through abortion, hysterectomy, childbirth, sexual intercourse, use of an intrauterine (IUD) contraceptive device or a ruptured appendix.

Adrenal or thyroid deficiencies may cause hormonal and ovarian problems. Some women produce excess amounts of prolactin, a hormone that normally stimulates the production of breast milk. Prolactin can also prevent ovulation. High levels of prolactin in a woman who is not nursing may indicate a pituitary tumor. It can also result from the use of oral contraceptives. Women may develop antibodies or immune cells that attack the man's sperm, mistaking it for a toxic invader. Certain autoimmune diseases, in which the woman's immune cells attack normal cells in her own body, may also contribute to ovarian problems.

Certain diseases, such as diabetes, kidney disease or high blood pressure may cause infertility. Ectopic pregnancy and some urinary tract infections may also elevate the risk of infertility.

Many medicines, such as hormones, antibiotics, antidepressants, and pain killers may bring on temporary infertility. Commonly used medications such as aspirin and ibuprofen can also impair fertility if taken mid-cycle. Acetaminophen (Tylenol) pills can reduce the amount of estrogen and luteinizing hormones in the body, impairing fertility.

Scar tissue left after abdominal surgery can cause problems in the movement of the ovaries, fallopian tubes, and uterus, resulting in infertility. Frequent abortions may also produce infertility by weakening the cervix or by leaving scar tissue that obstructs the uterus.

Read More:
Causes of Female Infertility
Why Can't We Get Pregnant?
The Complete babyMed Infertility Guide