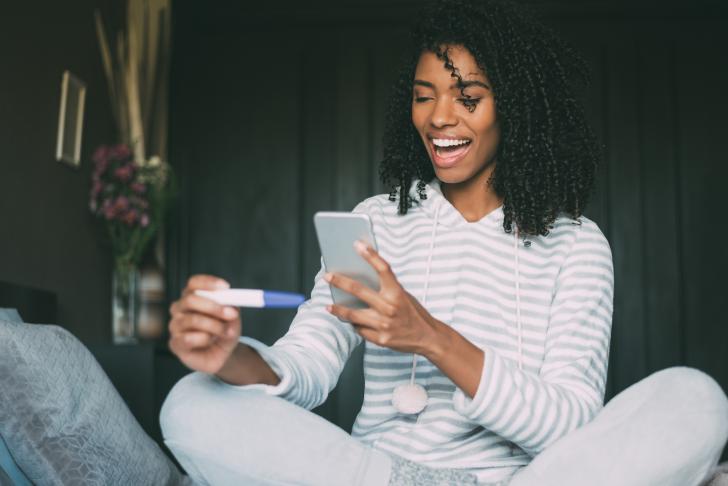 What happens at the beginning of the first trimester of pregnancy?

Even before the pregnancy test is positive, there are changes happening during the first trimester of pregnancy. During ovulation, the egg is released and the corpus luteum signals the release of progesterone. Progesterone causes the lining of the uterus to thicken and engorge with blood. When fertilization occurs, the fertilized egg implants in the thicker lining and starts to grow immediately. Human chorionic gonadotropin (hCG) is released keeping the corpus luteum alive for the duration of the pregnancy. hCG is the hormone that turns a pregnancy test from negative to positive.

How do these first trimester changes affect you?

While women do not physically feel the egg and sperm meet, they may feel the egg implanting in the uterus. Some women report feeling a small cramp and a bit of spotting. This spotting is typically associated with the upcoming menstrual cycle when it is actually implantation spotting.

So, the hormones estrogen, progesterone and hCG are flooding the body at this point. From the first moments after conception, the body kicks into a gestational mode. These hormones are to blame for many of the pregnancy-induced symptoms women feel in the first trimester of pregnancy including nausea, vomiting, and fatigue. Some women actually feel like they have a touch of the flu for most of the first trimester of pregnancy. Hormones are not selective. They cannot increase in the bloodstream and selectively attend to only the needs of the fertilized egg (zygote and later fetus). When progesterone levels rise, you will feel symptoms more.

Learn how a healthy pregnancy diet can reduce birth defects!

What you need to know about your first trimester