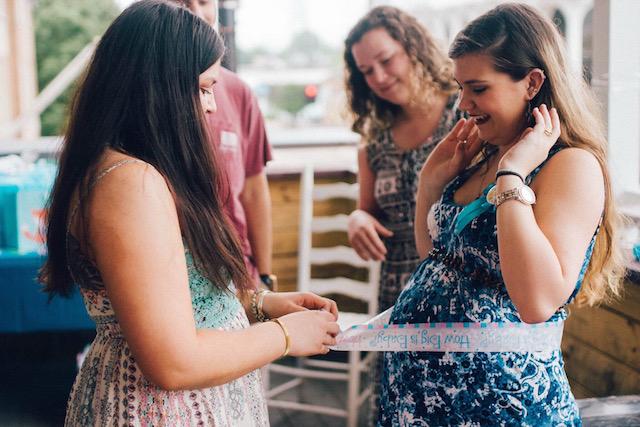 What makes a great baby shower?

A baby shower is a way to celebrate the pending or recent birth of a baby or child by presenting gifts at a party. The gifts are usually for the baby, the mother, and sometimes, the father. The term "shower" is often assumed to mean that the expectant mother is "showered" with gifts.

Baby showers were usually given only for the family's first child, and only women were invited. The original intent was for women to share wisdom and lessons on the art of becoming a mother. This custom has changed quite a bit over time.

While a baby shower was traditionally held for the first-born baby, over time it has eventually become common to hold baby showers for all children, not just the firstborn, including adopted children. Many people have more than one baby shower, such as one with friends and another with co-workers.

Are there rules for a baby shower?

There are no specific rules for when or where baby showers are to be held or whom to invite. The host is usually the one who decides on the number of guests and style of entertainment. Oftentimes, only women came to baby showers, although there is no firm rule requiring this. If the shower is held after the baby's birth, then the baby is usually brought, too. Showers typically include food but not a full meal.

The main goal of a baby shower is that guests bring gifts for the expectant mother, and the gifts are usually opened during the baby shower. Typical gifts related to babies include:

Some baby showers include baby-themed activities, such as games to taste baby foods or to guess the baby's birth date or gender.