Baby bumps are one of the hottest fashion trends in Hollywood these days. Celebrities are sporting them at trendy shops, upscale restaurants, and on the red carpet as award season reaches the height of glamour. Paparazzi cameras love baby bumps. We learn of celebrities having babies well into their 40s though they look much younger. This focus on babies, especially babies born to mothers of advanced age for baby-making, is sure to leave the rest of us wondering what we’re doing wrong when we try so desperately to have babies but don’t. Author Tanya Selvaratnam addresses the disparity in her new book, “The Big Lie: Motherhood, Feminism and the Reality of the Biological Clock.” 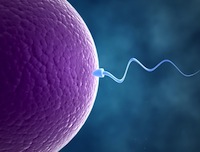 Selvaratnam was like so many women, focusing on education and career during her 20s and early 30s. She believed modern technologies would make it possible to devote baby-making prime time to establishing a financially and emotionally sound lifestyle before bringing a baby into the world. Celebrity news made having babies at 35+ seem so easy she expected to do the same. It didn’t work out that way, though, not for Selvaratnam and not for thousands of other women just like her.

When Selvaratnam miscarried at 37, her doctor assured her there was still plenty of time so she waited. In a case of “if she knew then what she knows now,” she writes she would’ve rushed to a fertility clinic to prolong her chance at motherhood. She found out the heartbreaking way that women may be biologically capable of pregnancy and childbirth well after 35 but her eggs are not.

Eggs diminish in number over time and their viability suffers, too. According to Selvaratnam:

Other talking points in the book include:

One important message from her book is that we see only the success stories when we read of celebrities having babies after age 35. They rarely reveal the struggle, the heartache and desperation, and the many failed attempts at motherhood that affect women everywhere. “We are the guinea pig generation” testing fertility, according to Selvaratnam, but knowledge, medical technology, and strategic planning can reduce the chance of getting blindsided by infertility.