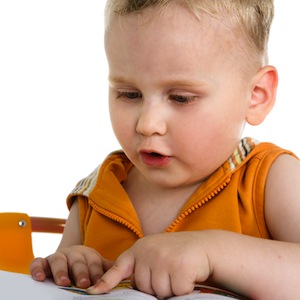 All you have to do is feed your child more fish and their IQ will go through the roof – well, not exactly.

DHA (Docosahexaenoic acid, an omega-3 fatty acid) is a major player in infant formulas as companies are trying to mimic all the nutrition offered in breastmilk for babies who are not breastfeeding. Fish is a great source of DHA, but infants cannot consume fish so it is added to infant formulas. But what about before your baby is drinking DHA-rich formula? Should pregnant women eat more fish to supplement brain growth in utero? According to some clinical studies – yes.

Fish Intake and Your Developing Child
According to two recent reports, consuming fish during the second and third trimesters of pregnancy may very well increase visual and cognitive test results in children up to age three. The first three years of life are when brain development and learning happens fastest. There are even some researchers and experts who believe the research results show more promising cognitive development in children born to women who increased fish intake during the second and third trimesters than children born to women who breastfeed.

The Good Masked by the Bad
In 2001, pregnant women were told to limit fish intake due to the mercury content of certain fish. Mercury is toxic, especially to pregnant women, so fish intake dropped dramatically. Unfortunately, fish is a major source of omega fatty acids that support brain development and function. Despite this warning, researchers believe women can choose low-mercury fish varieties that are high in omega fatty acids – giving baby the benefits of increased fish intake without the health risks of mercury intake.

What Fish Should Pregnant Women Avoid?
There are a number of high mercury fish that should be avoided at all costs during pregnancy. These include:

If you want to give your child a jump on the competition, try adding more fish from the approved (lowest mercury) list to your diet. Eat 12-ounces of fish, at most, per week and stick with low mercury fish with high omega 3 content – like salmon.